The Government’s proposal and then decision to scrap Golden Visa property investment in Lisbon and Porto may be one of the factors behind a sudden 47% drop in applications for January 2020.

However, despite this, the total investment attracted via the Government’s Authorisation for Residency through Investment managed to attract more than €5Bn in seven years, 90% of which was from property investment, mostly in the Greater Lisbon area.
The fall in investment in January represented a 47% drop like-for-like on January 2019 (€85.6 million), to €45.4 million according to data from the borders and immigration service SEF.
Nevertheless, December 2019 actually saw a 3% increase according to a calculation made by the Lusa news agency.
In January this year 81 Golden Visas were issues of which 75 were through property investment (€39,359,484.66)
A total of 60 residency permits were issued under the regime for property purchases of €500,000 or over, totalling €33.7 million.
Visas granted through urban rehabilitation products amounted to just 15 permits worth €33.7 million.
But in terms of investors opting for the capital transfer option, just six Golden Visas were issued worth a total of €6,054,471.
And there were no applications for a Golden Visa through setting up a company or acquiring a share in an existing Portuguese company and creating 10 new job posts.
The top five countries from which investment has come are: China (4,484 visas), Brazil (868), Turkey (385), South Africa (323) and Russia (307).
The Portuguese Parliament voted, as part of the State Budget 2020, to limit investment in property to just the interior of Portugal, ruling out Lisbon, Porto and parts of the Algarve.
David Pontes, a columnist for the newspaper Público notes, “If Socialist Party MPs are trying to convince us that they are preparing to make changes to the current regulations in order to fight property speculation, then they should explain to us why they don’t just pick on the Greater Lisbon Area” given that Porto has only accounted for 1% of Golden Visa investments to date. 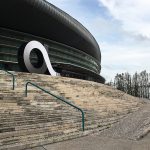 Altice snaps up 51% of Blue-ticketNews 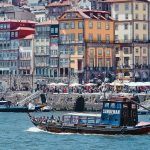