Nanotechnology to have major impact on global maritime industry

According to Portuguese-led study nanotechnology will play a crucial role in vessel management across the global maritime industry, according to a leading Portuguese science centre.

European scientists are today releasing details of a study on the potential of ‘Nanotechnology Marine Applications’ as part of the two-year KETmaritime project.
The International Iberian Nanotechnology Laboratory (INL), based in Braga, is the lead partner in the €1million initiative backed by the European Regional Development Fund.
Project coordinator Ana Vila said humidity and salinity levels at sea cause around 30pc of all vessel failures, repair needs and equipment malfunctions. Corrosion and biofouling are two major by-products impacting vessel materials, durability and performance.
While traditional solutions including protective coatings and paints partially offset the degradation process, new ‘nanotechnology’ is proving considerably more efficient.
“Corrosion and biofouling are two major challenges for vessel operators,” said Ms Vila. “In the case of corrosion, the deterioration process is caused by an electrochemical attack. This leads to a progressive process of oxidation putting the integrity of vessel material in danger. This comes at a considerable cost to marine operators in terms of maintenance and repair activities. Biofouling, meanwhile, involves a build-up of organic mass which can modify the shape and hydrodynamic behaviour of material. This can lead to increased water resistance and fuel consumption. Both phenomena continue to pose challenges because the current manufacturing and treatment process of materials present defects. Although small, these defects favour both the oxidation processes and the accumulation of biomass.
“However, new solutions are now being explored through the development of ‘nano-structured’ coatings using ‘nano-particulate’ substances. These coatings are capable of providing superior protection because they involve substances which form and interact on previously unreachable scales, in which the corrosion and biofouling processes begin. As part of the KETmaritime project, the INL is currently working with Portuguese firm UNDERSEE to implement state of the art technologies to increase the lifetime of sensors in respect to biofouling. Nanotechnology further offers environmental benefits by maximising the anti-adherent or repulsive capabilities of a surface and eliminating the need for biocides.”
The latest study was led by Spanish technology centreIDONIAL in collaboration with Marine South East in the UKand the INL. According to the report, numerous companies are already developing specialised nanotech products to tackle corrosion and biofouling. New products include nanoadditives such as nano-ZnO, nanoalumina, nanosilica.
David Santos, from IDONIAL, said there are a raft of other potential uses for ‘nanotechnology’ across marine related operations.
“There remains huge interest in the potential of nanotechnology due to its innovative approach to products and processes from the smallest achievable physical scale,” he said. “At the molecular or atomic scale, the behaviour of matter can be very different from what is observed at a macro scale. There are many areas across the marine sector which will significantly benefit from new advances in nanotechnology. Our latest report expands in detail on the uses of this technology within shipbuilding, oil & gas operations, fuel additives, alternative powering systems, aquaculture and fisheries.”
The KETmaritime project is being delivered by a consortium of seven partners across Europe in an effort to identify ‘Key Enabling Technologies’ to support the future needs and demands of the Atlantic maritime industry. It involves five detailed reports. Follow the link here to view the latest full report on ‘Nanotechnology Marine Applications (*include link).
A workshop is set to be staged in Paris, France, on November 7 hosted by PoleAquimer, in order to create greater awareness of these new technologies. It will include presentations from UNDERSEE and Bioceanor.
The consortium includes French multidisciplinary research laboratory CIMAP (CEA group), Portuguese maritime economic clusterFórum Oceano and Spanish industrial design centre IDONIAL. Ireland’s national centre for marine and renewable energy MaREI and UK marine cluster organisation Marine South East are delivering further support, alongside Spanish non-profit research association AIMEN. 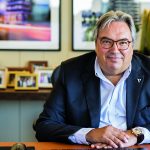 In the vanguard of property developmentRecommended 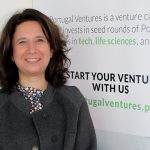 Portuguese tourism minister allays fears over Thomas Cook collapse on Sky NewsRecommended
This website uses cookies for a better browsing experience, in continuing browsing you're accepting their use. Read More