In the vanguard of property development

Vanguard Properties is probably the most dynamic and important real estate development company to have emerged in Portugal since the crisis of 2007-2014.
Its portfolio, managed by Vanguar­deagle – Asset Management, represents an investment of €720 million spread over 16 developments totalling 325,000sqm of GCA (Gross Construction Area) located in Lisbon, Oeiras, Comporta and the Algarve.
It holds more than 25 SVPs (Special Purpose Vehicle) and in the pipeline has 60,000sqm of development land, notably from the purchase of Comporta – a large parcel of land on the Alentejo coast – with the Amorim Luxury Group.

From Switzerland to Portugal
The Vanguard story began with founder and former president of the AB Groupe, Claude Berda, the leading independent publisher, producer and distri­butor of content in France.
Since 2003, this serial entrepreneur has invested in the real estate sector in Switzerland. His holdings hold a multi-billion portfolio of yield and development assets including the Quartier de L’Etang (Geneva) – the largest private ­development in Switzerland – on a 12-hectare site, while his Urban Project asset management company manages over 100 developments in the country.
In October 2015, Claude Berda ­visited Lisbon and, after a four-day trip, decided to invest. He got together with José Cardoso Botelho, an experienced manager and investor with key ­expertise in funding, real estate, venture capital and private equity in Portugal, and together they founded Vanguard Properties.
Claude Berda had visited Portugal in the 70s and, although charmed, did not return until 2015 when he saw how things had changed since 1978. “Lisbon was more beautiful and developed than he had thought and, more importantly, he liked the people – and we only do business with people we like,” Botelho says, adding that they don’t work with partners or suppliers if they don’t have confidence in them.
“Our first acquisition was in March 2016. We wanted to buy up the largest number of projects in the shortest time as we felt that prices would continue to rise, so it was important to act.”

Here to stay
The founding member of the advisory board of GRI Portugal explains that the group, which is very “solid” from an economic and financial point of view, is always on the lookout to buy new assets, such as a recently-purchased 44,000sqm parcel of land for development near Lisbon.
“Unlike funds, which need to buy to invest and make a long-term return, we invest when we think the time is ripe, the opportunity arises and when the deal is attractive. We’re in Portugal to stay and some of the buildings we’ve developed will remain in our hands for rental, which will help guarantee the future of the group in Portugal,” José Cardoso Botelho says of Vanguard’s strategy.
He explains that the Portuguese commercial real estate sector, in terms of a property instrument, has stalled ­because of a lack of offer. “There are a lot of people who want to buy but can’t because of a lack of land or product.”
Botelho says that, for decades, Portugal was not a country where houses were rented because of Portugal’s archaic tenant-centric rental laws. There was, therefore, a lack of worthwhile profit incentive to build projects for rental.
Today, there are long-term core ­investor groups, but these are few ­because the offer isn’t there. As for ­developments, “we were one of the few overseas investors prepared to take big risks in Portugal,” he says.
This year, some overseas groups have appeared and snapped up large parcels of land but, before that, in terms of pure development, there were none. There are lots of individuals, namely French families, typically buying buildings of 500-1,000sqm and competition is rife in this small investment sector.
Vanguard has an integrated platform for developments and given that in ­Europe the interest rates and yields are so low, investors like them increasingly have to create such vehicles to manage their own investments.
“To plan and manage a building of 1,000sqm or 10,000sqm is, in terms of planning permission and property costs and taxes, basically the same for us. Unless the project is some bijou heritage property like a small palace, it is simply not worth the investment, which is why we go in for big projects,” says Botelho.

Need for super luxury hotels
Total real estate investment, including housing investment, was close to €20 billion between 2014 and 2018. Botelho says that now what Portugal and Lisbon need are super luxury developments, particularly hotels. “There are at least 10 hotel groups, such as Mandarin, that want to enter the Lisbon market but can’t find suitable property or sites,” he says.
Botelho also says that many people talk about luxury projects when, in fact, not all of them are actually luxury at all. Citing Lisbon’s Castilho 203 as an example, he says the definition of luxury is a broad brush and doesn’t just have to do with the location, the views or the materials used. Aspects like common areas, high ceilings and absence of shop rentals at street level which can create uncertainty for the residents, particularly Brazilians who don’t like shops in the condominium where they live, can all contribute to driving up prices.

Middle-class projects
Recognising the need for product for the Lisbon middle classes, Vanguard purchased the former premises of Air Liquide on Lisbon’s Avenida Marechal Gomes da Costa to develop a residential and commercial complex of around 30,000sqm construction on a plot of 11,000sqm with river views.
“This project is aimed at the national market, but one of the reasons why there has been a lack of offer is that construction costs have risen considerably in the market and there is a lack of manpower, and Portugal needs to attract more cost-efficient labourers from countries like Brazil because Portuguese companies don’t have production capacity.”
The other problem is the tax on such new projects which at 23% is “absurd”. Second, the planning permission processes need to be faster. “The time it takes puts overseas investors off from ­investing in the Portuguese market. ­Investors are looking for the return on their investment and not knowing how long it will take to complete the project, they shy away and this, in turn, drives up costs as demand is not met. In Portugal, detailed planning permission for large projects can take, five, 10 or even 20 years,” the Vanguard developer observes.
In addition, there are lots of taxes and charges. IMI/IMT property taxes and licensing fees mean that real estate in Portugal is the sector that pays the most taxes, unlike a country such as Lithuania which is seeing a property boom and doesn’t have the tax disadvantages Portugal has for investors. Botelho points out that the problem with new middle-class property projects is not just the property development costs, it is that the “Portuguese are poorly paid”.
“When the state sells a parcel of land, it does so at the highest price ­possible. On top of this, the construction costs in Lisbon are over and above €1,500/sqm. Taking away common areas and garages, the average space area left to sell is 29,000/sqm. In a building like Castilho, we spent €10 million on the homes, so the actual cost was well over €2,000/sqm. Add all this together and you end up with a project that even the middle classes can’t afford because of the high costs of the land, construction costs and all the high taxes,” says Botelho. “It’s virtually impossible, even if the developer earns zero, to build a ­middle-class apartment block in the ­centre of Lisbon that the Portuguese can actually afford.”

Future prospects
Botelho says the property development market will do well since both overseas and national investors get ­nothing in return from cash in the bank because interest rates are close to zero.
“Real estate is seen as a refuge asset against liquidity devaluation. Foreigners want to move to Portugal, and we need to encourage them for demographic ­reasons. To fulfil this growing need for housing to accommodate this immigration, Portugal needs engineers, manpower and plots of land for homes and offices. If a large multinational company wants to relocate to Lisbon and find or build an office, the question is always ‘where?’ There is a lack of land,” says the Vanguard MD.
“If the government doesn’t mess things up by chopping and changing and complicating the tax brackets, Portugal will be able to attract a lot of overseas citizens, companies and investment. We must continue to create an image of a country that is stable, safe and tax-friendly,” he insists.
Air links are also important. “The only negative thing that foreigners have to say about Lisbon is the noise of air traffic, but if the new airport doesn’t go ahead at Montijo, that will scare away people who are already complaining about the delays at Lisbon airport.
“In order for us not to end up like Barcelona, we have to be careful with quality: of the hotels, local accommodation and, in particular, the airport which gives overseas visitors the first impression of a country and, therefore, is its calling card.”

Comporta
The jewel in the Vanguard crown is undoubtedly Comporta, dubbed the ‘Hamptons of Portugal’ by the Financial Times and which has an eight-year ­developmental timeline.
“At the time, there were no projects of this size in Portugal. Comporta is a destination in itself, the largest project of its kind in the country where we are doing great quality projects on a huge ­estate. It is designed for second residences but is equally suitable for primary residences,” Botelho explains.
“There is an idea that Comporta is the only place in Europe where it is ­possible to create the same kind of environment as the Hamptons on the East End of Long Island. This year, for the first time ever, Comporta is full of rich Americans and they’ve made this comparison,” says Botelho, adding that what is important for Comporta is its authenticity and local communities.
“Regardless of the quality of the pro­jects that we’re doing, you have to have things that are basic, traditional and ­authentic, which is what people are looking for.”Botelho says the most important factor right now for Comporta is future economic and social sustainability and accessibility. “One discussion we’ve been having with the local council is the need for a community hub or village with shops, cafés, restaurants, health centre or a hospital, and schools. What is missing in Comporta is a community hub of a suitable size to create this network and that’s where we come in.”
Accessibility to the beaches is ­another concern, with the need to create a carpark where people can park and get to the beaches by other forms of transport such as bicycles or buggies or along walkways. “We’ve contacted two international specialists in this matter,” he concludes. 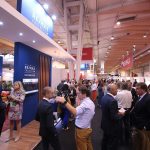 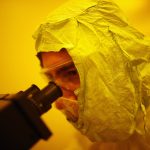 Nanotechnology to have major impact on global maritime industryRecommended
This website uses cookies for a better browsing experience, in continuing browsing you're accepting their use. Read More