EDP wins four contracts in US

EDP has won four contracts in the United States in the renewables sector and is poised to secure a fifth major contract for an offshore wind farm in Japan.

The success for the energy provider comes six months after the failed bid by the Chinese to buy a controlling stake in the company which was strongly opposed by the US authorities.
The four US contracts will generate more than 1,000 MW of power with the largest project being an 805 MW offshore wind farm in Massachusetts which was successfully bid at auction by a joint venture between EDP and Shell Energies and which when up-and-running in 2025 will power around half a million homes.
With the four contracts the company has also acquired a 50% stake in a portfolio of three solar energy plants in the US with an installed capacity of 278 MW as well as the Massachusetts deal.
These additions to future installed capacity culminate a period that commenced with being awarded 490 MW in Colombia, EDPR’s 14th market; EDPR has now reached over 70% of its global capacity target of 7.0 GW as envisaged in its business plan for the period 2019-2022.
The first portfolio, made up of three solar energy plants, was developed by First Solar Inc. It is expected to commence operations in the coming months and is secured by Power Purchase Agreements (PPA).
The second announcement involves an agreement to supply 804 MW of clean and renewable offshore wind energy — enough to power approximately half a million homes — to customers in the state of Massachusetts.
These additions round off two successful weeks for EDPR that got underway on October 23, with the awarding of 490 MW in Colombia – officially marking EDPR’s entry into its 14th market —  followed by being awarded a contract to build and transfer 302 MW in Indiana and the signing of another PPA, this time for 200 MW of solar energy, in California.
Following these five agreements in two weeks, EDPR has now secured over 70% of its global installed capacity target of 7.0 GW, as laid out in the company’s business plan for the period 2019-2022. Specifically, over the last ten days, the company has attained over 20% of its target. 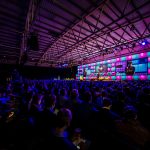 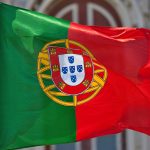 ARC raises Portugal outlook to ‘positive’News
This website uses cookies for a better browsing experience, in continuing browsing you're accepting their use. Read More