Work for a multinational in Portugal – you’ll earn more!

Employees working in Portugal for a multinational can expect to earn €395 more than for national companies.

And the number of international companies with branches in Portugal increased 1.8% last year to 6,825 according to the National Statistics Institute (INE).
These companies, which employ around 500,000 staff, on average pay a monthly salary of €1,354, €395 more than national companies.
Despite the increase in the number of branches compared with last year, INE data shows a slowdown, given that between 2016 and 2017 the number of multinationals had increased 4.4%.
The trend for a slowdown runs across the board for almost all sectors with two multinationals actually reducing the number of branch offices overseas last year.
Commerce saw a 0.6% fall on 2017, compared to a 0.2% increase in 2016-2017 and transport and warehousing (a fall of 0.3% between 2017 and 2018, which compares to an increase of 4.3% on the previous year).
Bucking this trend is the accommodation and catering sectors where the number of affiliates saw 11% growth (1% more than 2017) — influenced primarily by the boom in tourism in Portugal.
Although this sector has shown a favourable performance in terms of the number of affiliates created, the Gross Added Value (GAV) created by them is losing momentum.
“Per economic activity, Other Services, Construction & Real Estate Activities enjoyed the highest growth rates in GAV (+10.7% and +8.9% respectively) of the overseas affiliates in 2018.
Accommodation, catering and hospitality which between 2016 and 2017 enjoyed the greatest GAV for affiliates (+37.9%), saw a growth slowdown in VAB (+1.3%) between 2017 and 2018,” states the INE.
Because international companies are larger than Portuguese ones they have the ability to employ a greater number of staff. “In average terms, each foreign affiliate employed around 71 staff in 2018 (+3.3% on 2017), a much higher average number than national companies that on average employed around 8 people” states INE.
And while they are more productive compared to national companies, the statistics on overseas affiliates in Portugal also reveal that they pay higher salaries.
“The apparent work productivity of overseas affiliates increased €43,237 in 2010 to €44,487 in 2018. Between 2010 and 2018, overseas affiliates on average recorded an apparent productivity of work higher than national companies by around €18,000,” states INE in a nine-year analysis.
“Just as was seen with productivity, the average monthly wage was also higher in the national affiliates of international companies in 2018 at €1,354, well above the corresponding average salaries paid by national companies (€966)” states the INE, adding that the average salary in Portugal practised by overseas companies here reached the highest value since 2010.
Looking at the origin of the companies that chose Portugal to set up shop, the INE reveals that 22.1% of companies hail from Spain but the French companies (24.7% were the ones that generated the most GAV. 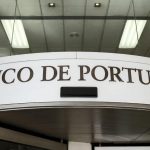 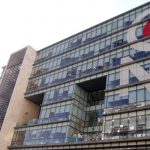 Novabase to complete capital increase in NovemberNews
This website uses cookies for a better browsing experience, in continuing browsing you're accepting their use. Read More