Portugal’s public debt shrank by €900 million to €215Bn in October like-for-like on September according to the Bank of Portugal.

The €900 million reduction in public debt means that Portugal can pay more of its debts to European creditors early.
On 17 October, the Portuguese treasury paid €2Bn to the European Financial Stability Facility (EFSF) for debts owed from the 2011 bailout earlier than anticipated in what was the first repayment to European creditors after having fully paid off its debt to the International Monetary Fund (IMF).
“In October 2019, Portugal’s public debt stood at €251.4Bn, falling by €900 million compared to the end of September. This reduction was essentially down to a reduction in debt payment responsibilities, a reduction due to an early repayment of €2Bn of loans obtained from the European Financial Stability Facility (EFSF) from the Economic and Financial Assistance Programme and which was partly compensated by an increase in bond issues” states the central bank.
The Bank of Portugal data also reveals that for the third quarter the ratio of public debt was lower than reported a month ago when central bank economists made a snapshot GDP estimation provided by the Portuguese National Statistics Institute (INE) to calculate the impact of the public debt on national earned income.
Therefore, in September, the ratio of public debt was 120.6% of GDP instead of 121.1% of GDP. At the end of June, the ratio was 121.2% of GDP. The correction between June and September was greater than anticipated thanks to the development of the economy.
According to a draft of the State Budget for 2020 which the Government sent to Brussels on 15 October, Portugal’s public debt should round off the year at 119.3% of GDP and 116.2% of GDP next year. 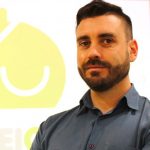 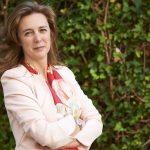 Caixa Geral de Depósitos to invest €200 million in digitalNews
This website uses cookies for a better browsing experience, in continuing browsing you're accepting their use. Read More