Portugal’s Novo Banco and the French insurer Crédit Agricole Assurances are in the last phases of negotiating the sale of 25% of the capital of GNB Seguros to the French group which already holds 75%.

The bank, controlled by American vulture fund Lone Star and financed with regular cash injections from Portugal’s banking sector and the Government from the Resolution Fund, has been offloading non-strategic assets over the past year in a bid to pay off crippling debts and non-performing loans inherited as a result of the collapse of the Banco Espírito Santo group in 2014.
Novo Banco has declined to provide information about the situation but a source close to the process has indicated to press sources that the insurance distribution contract through the Novo Banco network would be retained.
However, once it has 100% control of GNB Seguros, Crédit Agricole “will be at liberty to develop a commercial strategy while Novo Banco will remain a privileged partner”.
Novo Banco will continue to retain the distribution contract as it has had since the sale of GNB Vida to APAX Partners, a purchase undertaken via Bankers Insurance Holdings which has been accepted by the financial regulatory body CMVM and will be managed by new CEO Alistair Wallace Bell. 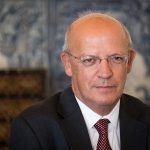 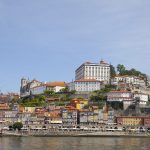 Forbes says Porto is one of six cities to invest in 2020News
This website uses cookies for a better browsing experience, in continuing browsing you're accepting their use. Read More