Porto has replaced Lisbon as one of the six best cities in Europe to invest in 2020.

Naples, Megève (France), Székesfehérvár (Hungary), Batumi (Georgia) and Rotterdam are also on the Forbes list.
Last year Lisbon was seen as one of the top six cities in Europe in which to invest but most of the best property deals have now been snapped up and the next place to invest is Porto where house prices are still 30% less than those in Lisbon despite a 15% increase in sales” says Rita Ribeiro, of the real estate agency INS Portugal.
The magazine also highlights the importance of Portugal’s Golden Visa programme in attracting overseas property investment.
Since being declared a World Heritage Site just over a decade ago, Porto, also known as Oporto, has seen a sharp increase in direct foreign investment (FDI). A trend which is set to continue.
Porto has 301 foreign multinational companies and 872 corporates in the city’s Metropolitan Area alone with an increasing number of large corporations across various industry sectors investing in real estate developments.
Some of the well-known international brands that have chosen to set up business units in Porto over the years include Adidas, Microsoft, IBM and Bosch.
“Porto appears to be the destination with the greatest number of new investments and jobs created,” Ernst and Young stated in its 2017 Attractiveness Survey on Portugal.
According to InvestPorto, an initiative established by the Porto City Council in 2015 to support foreign investment attraction, Porto saw an impressive 154 investment projects. Of these, 75 were international, attracting over €400 million of investment and creating more than 11 000 jobs.
Portugal’s second capital is also experiencing a sharp and steady uptick in the number of entrepreneurial ventures and start-ups. Currently, new companies in the technological field are the biggest entrants into Porto, accounting for 36% of total national investments.
The manufacturing and distribution of textiles, footwear, machinery, pottery and electrical goods, as well as the production of medical devices, pharmaceutical, biochemistry and biotechnology goods also contribute to Porto’s vibrant economy. Although Port wine continues to be Porto’s biggest export product, there are other attractive investment opportunities include the agri-food, tourism, health, biotech and real estate sectors.
Real estate demand Property prices in Porto are now at the point Lisbon’s were five years ago with investors (individuals and corporates) looking to diversify their portfolios with investments offering higher yields, long leases and excellent capital growth.
In urban development, the new transport interchange Intermodal Terminal Campanhã (ITC) started in 2018 and the €6.36 million the bus terminal project “hidden” by a new urban, green park that will link the eastern part of Porto with the railway station are two key projects.
With its booming economy, rich cultural legacy; safe, affordable and vibrant lifestyle, it is not surprising that Porto, recently voted Best European Destination for the third time, should be high up on the Forbes’ best place to invest in Europe list. 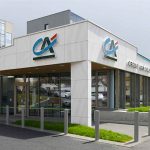 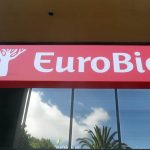 Bank of Portugal investigates EuroBicNews
This website uses cookies for a better browsing experience, in continuing browsing you're accepting their use. Read More