US and Portugal – “Relations at an all time high”

Bi-lateral economic relations between the United States and Portugal are at “an all-time high” said Portugal’s Minister of the Economy, Pedro Siza Vieira at a lunch organised by the American Chamber of Commerce in Portugal last week.

The Minister said that Portugal had become a much more open and export-orientated economy with a volume of trade compared to GDP that has gone from 60% to 90% in the past few years and trade relations with the United States has been part of that.
Discussing the current standing of United States-Portuguese relations, which he referred to as at a “high-point in our economic history” the minister said a significant part of Portugal’s economic success in recent years has been based on exports growth and on the trade relations between the two countries.
“If you look at the trade relations between the US and Portugal over the last five years, the growth has been tremendous, we practically doubled our volume of trade. We have a trade surplus and truly the United States has been a significant part of the way we have grown out of a crisis,” said Pedro Siza Vieira.
Portugal ranked No. 62 in total trade value for the US through November 2019 with a total of US$5.1 Bn. Exports totalled US$1.55 Bn and Imports totalled US$3.54 Bn, a deficit of US$1.99 Bn. The US is currently Portugal’s biggest trading partner, in 5th place after its top European trading partners UK, Spain, France and Germany. (US$3.4Bn or 5% of all trade)

Technology driven success
Looking at why Portugal’s exports have grown and what had happened to encourage Portuguese companies to be much more export-orientated, the minister said it was clear that her traditional industries and sectors had grown in value through the incorporation of “innovation, knowledge and scientific research” with the ability to “transfer that knowledge and technology” as a major factor explaining why “we have not only improved our traditional activities such as agriculture, textiles and other products, but also how Portugal has developed new activities which were non-existent 20 years ago.”
For example, regarding the automotive sector, now the largest in the country, and which didn’t exist in Portugal 20 years ago, last year Portugal joined the “club” of the biggest producers of cars and car parts in the world.
“We have attracted new activities such as in the aircraft industry, space which are growing and which has been the result of the investment Portugal had done in educating its people and developing her technological and scientific sector,” said Pedro Siza Vieira.

US relations on a par with UK
In new industries and activities the United States has played a very important part. “I am quite sure that if you measure the success of the partnerships that were established just a few decades ago with US universities such as MIT and the University of Texas in Austin, these partnerships have prepared our scientific community to take things to a next step and the US has been a very important partner”, said Siza Vieira.
And as it gears up to celebrating its 70th anniversary next year, AmCham and the United States has been a constant partner. Portugal was one of the first countries in the world to recognise the United States, the two have long-established diplomatic relationships, and the connection with the United States is on a par with the one Portugal has with the UK. The relationship is also one of the three strategic pillars on which Portugal’s geo-economic and geo-political policy is built — the Atlantic, the EU and the Portuguese-speaking PALOP countries.

The past 10 years
The past 10 years has revolved around the indebtedness of the Portuguese economy as a whole. “When you spend years and years consuming more than you produce, you get to a point where you let the mountain of external debt grow until you face a problem and because we had an international crisis we had to face this problem,” said Pedro Siza Vieira.
Portugal, he said, had problems borrowing loans on the international markets and as a result had to undergo a very serious and painful adjustment process.
“I remember at the time it was extremely difficult around the world to have a conversation about Portugal. It was true people had learnt more about Portugal in 2011 and 2012 than they had in past decades and the image they had was very negative,” the minister said.
Portugal was seen as a country that was incapable of dealing with its issues, that couldn’t cope with belonging to the EU and Euro Zone, and had to manage a process of getting poorer in the future.
“It made me sad when having these conversations overseas that they really don’t know the Portuguese. They didn’t know our character, our capacity to work, endure, our national cohesion and our ability to stick to goals”, said the minister.
“But we proceeded admirably through a very painful adjustment process, and we stood together which is one of the main reasons why we succeeded,” he said.
And it should not be forgotten that 40 years ago a large section of the population was illiterate, but since then is one of the counties in the world that has made the most progress in educating the population and getting them through higher education, particularly, according to the OECD, in science, maths and languages.

Trust, confidence and stability
The past five years has been marked by earning the trust of international investors and keeping public expenditure under control and which has allowed Portugal to change the perception internationally and thereby lower the interest paid on servicing public, private and State borrowing from overseas investors.
“This has given companies room to breathe while continuing to stick to goals going forward: lower public debt while providing support to public services, to lower the tax burden for companies and families, but keeping the focus on lowering public debt which feeds trust, confidence and stability,” said Pedro Siza Vieira.
The US Ambassador, George E. Glass pointed out that Portugal probably has one of the most stable Governments in Europe. It is a political and economic stability, as well as having a social and cultural stability.
“I think the fact that we are one of the European countries that is more certain of its national identity creates a social stability which is an asset to be treasured” said the minister.
The minister highlighted the discussions over the State Budget 2020 in which all the partakers from all parties and political persuasions never said that the country was going to be doomed or was in a bad state. Instead, the questions were: “Where do we place our ambitions?” “Where do we want to take this country?” What is the scale of our ambitions and possibilities?”

Going forward
Portugal’s Government needs to continue to improve the conditions that will allow its population and companies to thrive and to grow.
“We are a small country and if we want to grow economically, we need to look overseas. We need to tap the external markets. W will grow if we can export to other markets,” said the minister for the Economy.
And Portugal can compete in its own market, by making things that it currently buys from others overseas.
Portugal needs to become more productive, innovative, able to deliver products, goods and services which are of a quality that merits the preference of overseas clients.
“We have to understand that to do this we must continue to improve the education of our people because we are still behind the educational level of our competitors. We need to invest in the current workforce. We need to continue to invest in science and technology and research while bringing together corporations and universities and encourage continued innovation in companies” he said.
In order to secure this Portugal needs access to capital and this means continuing to be attractive to foreign investment. “We need to make sure that we create more wealth in the country to be reinvested.”
But the one area which needs the most attention, investment and education is in digital transformation and turning Portugal into a digital society.
“We are not at the bottom of Europe, but if we want to close the gap we need to make a much more concentrated focus and effort in that respect,” stressed Pedro Siza Vieira.

Progressing trade relations
The United States can help Portugal by continuing to progress its trade relations and the US offers Portugal the ability to find a market in which Portuguese companies can grow. If the US continues to be the great partner it has been in terms of higher education and scientific development.
“The US is a partner that is important and it is important to make sure that it continues to be the anchor of the transatlantic relationship it has been over the past two centuries,” concluded the Minister or the Economy Pedro Siza Vieira. 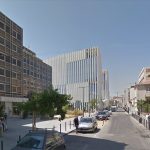 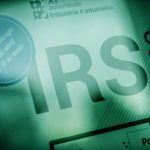 Authorities change IRS bracketsNews
This website uses cookies for a better browsing experience, in continuing browsing you're accepting their use. Read More