The green light has finally been given for work to start on Lisbon’s second international airport at Montijo on the South bank of the Tagus river.

The go-ahead came literally 30 minutes before the final deadline was up, but the Portuguese Environment Agency (APA) issued a statement on Tuesday, 21 January at 11.30pm that it had granted consent for the project to advance, albeit with some conditions.
The document has consented therefore to the partial transformation of the Montijo military base into a secondary airport at a cost of €1Bn, most likely for low-costs and non-TAP services, to serve the Lisbon region but must implement measures that have already been highlighted to offset eventual environmental damage, including two new electric powered ferries for the river crossing. The total cost of the environmental measures will add an additional €48 million onto the cost of the project.
With the passing of the environmental impact study and appropriate offset measures, works will now begin on the new airport this year, despite that fact that eight environmental groups have warned that if the current plan now advances — as it will — they will take the Government to court to stop the process.
Regarding the environmental impacts on the birdlife in what is the second richest natural water bird reserve in Europe, the statement says: “supported in financial mechanisms foreseen in the framework of the Environmental Impact Study Declaration (DIA), a company will be set up which will have responsibilities directly connected to the protection and conservation of wild birds, and the development of compensatory measures.”
In financial terms this will mean a payment of €7.2 million and the payment of €4.5 euros per flight.
There will also be a ban on flights between midnight and 6am with a limit on the number of slots expected in 2022 at 2983 annual flights.
Moreover, ANA (Aeroportos de Portugal) which manages Portugal’s airports will have to fork out an estimated €15-20 million for soundproofing the buildings affected by the flightpaths around the airport.
As to accessibility, the Environmental Impact Statement will: “reinforce the existing trans-Tagus ferry fleet by the introduction of two new electrically propelled ferries between Cais do Seixalinho and Lisboa. 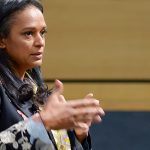 Bank of Portugal to investigate EurobicNews 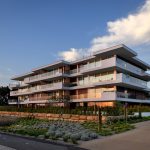 André Jordan Group invests €25 million in expansion of Belas Club de CampoNews
This website uses cookies for a better browsing experience, in continuing browsing you're accepting their use. Read More