The Portuguese Government has approved a national strategy for 5G coverage at a Council of Ministers meeting this week.

It will set up a Digital Transition Fund which will be used to facilitate the digitalisation of the Portuguese economy.
Pedro Siza Vieira, the Minister of the Economy, told business leaders at a luncheon of the American Club of Lisbon this month that Portugal is making great strides and progress in terms of innovation and digitalisation of the economy and society but still has a long way to go.
“We have made considerable progress in terms of innovation and digitalisation but we. Have to speed this process up if we don’t want to lose the race and get left behind or lose our human resources to other countries,” he said.
The Minister stressed that the rules that currently govern the traditional economy would have to change, particularly at a companies level as they needed to invest in digital transformation and automation.
“We need to align national financial instruments, budgetary resources and EU community funding towards this challenge”, he said.
“Various areas of governance, from education, higher education, public administration and the economy have to digitalise and work together with parliament. The rules that have governed our traditional economy and society will have to change to keep pace with the changes that the digital society will bring,” said the minister.
As part of this revolution will be the rolling out of 5G technology in Portugal which will ensure that the fifth generation of mobile technology and the Internet of Things (IoT) will be an instrument to boost the development and competitiveness of Portugal’s economy and improve social and territorial cohesion.
The Government says that 5G will also contribute towards improving and accelerating the lives of the Portuguese through social innovation and the quality and celerity of public services.
However, the Government may restrict the part that Chinese company Huawei, a leading player internationally in this technology, could play with 5G in Portugal.
It discussed on Friday the limits that suppliers like Huawei can have as a “high security risk” player given its direct links to the Chinese government, thereby following European Commission guidelines covering eventual national security risks.
Similar to the case with the United Kingdom, the US Government, through its representative in Portugal, Ambassador George E. Glass has voiced its strong opinions about using Huawei technology and technicians to set up 5G in Portugal. 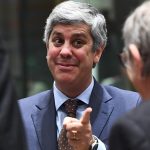 90% of startups and scaleups have difficulty attracting talentNews
This website uses cookies for a better browsing experience, in continuing browsing you're accepting their use. Read More