90% of startups and scaleups have difficulty attracting talent

According to the study “The experience of startups and best practices in HR in companies in rapid growth” by consultants Willis Towers Watson, 90% of startups and scaleups admit having difficulties in attracting talent and 95% have problems in keeping it.

According to the study, 60% of these companies say they compete with other startups and scaleups to find qualified staff and 50% with larger companies and organisation for highly-qualified talent.
More than half of the companies questioned (60%) said they managed to retain such staff for an average of 1-3 years. The same study showed that one of the most important sources of recruitment was via word-of-mouth as attested to by 75% of the study participants, although around one half also used other means such as recruitment agencies.
Regarding the different tools used by HR departments to keep staff motivated, 75% in the study said they had an integration programme for new staff. However, just 25% used resources and tools to that end.
The Willis Towers Watson study also showed that the main factors in attracting skilled work to startups and scaleups from 2014 onwards was offering a challenging project with diverse opportunities. 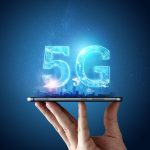 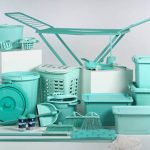