The President of Portugal’s Industrial Confederation, while welcoming a €3Bn package to help struggling micro and small companies, says that the money must be made available quickly.

António Saraiva of the CIP also says that it is important to remove bureaucratic obstacles to ensure the money reaches those who need it most.
The industry leader made his appeal on TV channel RTP 3 and by way of example pointed to the fact that a €200 million credit line announced by the Government last week “had not been made available.”
“Red tape needs to be removed including the complex and excessive European regulations” Saraiva argued.
The Government said on Wednesday that the €200 million credit line would be reviewed and access conditions would be eased. A number of other credit lines worth €3Bn for the sectors and companies most affected had also been announced.
António Saraiva also pointed out that the banks “should not abdicate from adjusting to the situation (i.e., by supporting companies in need). “The banking system are the arteries that nourish the economy and more than ever ‘pump the blood’ so that the economy can stay alive” he argues. 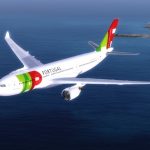 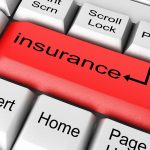