New Chinese Chamber of Commerce to promote Portugal in China

The newly created and operational Portugal-China SME Chamber of Commerce has set up an investment fund for the agrofoods and tourism sectors in Portugal.

The president of the new chamber believes that Portugal is well placed within the context of relations with China and is seeking support from the Government to launch a platform to promote Portuguese products in the Chinese market.
Y Ping Chow, who is also president of the Chinese League (Liga dos Chineses) says that Portugal can build entry bridges to the European Union and Portuguese-speaking countries around the world.
“At present, the Chinese Government is launching the internationalisation of companies and Portugal, I think, is in a privileged position. First from a political standpoint because it has good relations with China, and secondly, as a strategic partner it can act as a bridge to enter other European countries and also the PALOP nations,” he said in an interview with Lusa.
Set up at the start of May, the Portugal-China SME Chamber of Commerce (CCPC-SME) is already working to set up an investment fund for the agrofoods and tourism sectors with an initial amount of €10 million but hopes to attract around €30 million.
The fund’s creation, however, is awaiting the green light from the Bank of Portugal, but if all goes as planned, it should be set up by the end of the year.
Y Ping Chow says it is not just an ambitious project, but one that is achievable and could even be dovetailed with the Golden Visa programme, this time aimed at investment in the interior of Portugal.
The president of the new chamber believes that the interior of Portugal could be a business opportunity for Chinese entrepreneurs who want to invest in the tourism sector.
In the Lusa interview he said that a travel agency was weighing up investing capital with the aim of promoting tour routes which extend beyond the ones already known by the Chinese such as Porto and Lisbon.
Y Ping Chow says that the vast majority of Chinese who visit Portugal only stay a few days and don’t have much knowledge about the other regions outside the large cities.
Trade between Portugal and China has increased in recent months, with Portugal almost doubling the number of Chinese imports into Portugal in March, while exports to Beijing grew 28.7% in relation to the previous year.
In March, exports from Portugal to China increased 97.3% in relation to February, registering a purchase of products worth US$287 million (€258 million).
In March Portugal exported products worth US$200 million (€180 million), up 28.7% on the previous month.
According to official data published in the portal Forum Macau, and based on statistics from the Chinese Customs Services, commercial exchanges in March between Lisbon and Beijing topped US$488 million (€440 million), up 61.8% compared to the previous month.
In relation to the first quarter of this year, commercial exchanges between Portugal and China registered a fall of 13.7% in value of around $US1.4Bn (around €1.2Bn).
China set up the Special Administrative Region of Macau as a platform for economic and commercial cooperation with the Portuguese-speaking countries in 2003, the same year in which the Forum Macau was set up.
Exports from Portuguese speaking countries to China grew in March by 0.7% but imports of Chinese products increased 128.7% in relation to the previous month according to the same data available on the Forum website. 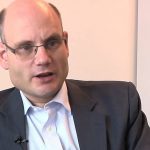 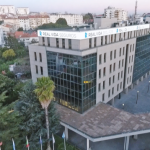 Real Vida sees a 17% increase in business turnoverCompanies, News, Original
This website uses cookies for a better browsing experience, in continuing browsing you're accepting their use. Read More