Portugal’s Resolution Fund set up to provide capital for Novo Banco – the bank created after the collapse of Banco Espírito Santo in 2014 – has seen bank contributions increase by 40%.

This, says ECO Online, despite the fact that there are now less banks and other financial institutions paying into the fund than when it was set up to recapitalise Novo Banco after the collapse of banks like BES and Banif.
The fund has already injected €3Bn into Novo Banco. Since its creation in 2012 at the height of Portugal’s banking and sovereign debt crisis in 2012, the Resolution Fund has lost almost half of its participating members. Nevertheless, the fund led by Máximo dos Santos has never received so much cash from Portugal’s banking sector as it has over the past year.
The Resolution Fund, financed by the banks and State loans, lost contributors in 2019, including two banks and a savings bank last year without any new members being enrolled. The fund now has 46 members which are all financial institutions.
Even so, of the 84 financial sector financial sector institutions including banks, building societies, mutualist financial institutions, overseas bank branches and brokerage firms that initially made up the fund in 2012 when it was set up, 38 members have left. This means that with less institutions contributing, there is less cash to fill black holes in financial institutions such as Novo Banco.
The result is that the fund had a €7.02Bn deficit by the end of 2019, €900 million more than in 2018, which explains why the Portuguese State has had to step in with ‘loans’ to the fund which effectively may take years to pay off.
In 2019, the Resolution Fund received a record €253.2 million from regular contributions (€74 million) and contributions from the banking sector (€172.9 million). That is a €38% increase on 2013 when it got €182.2 million.
Banks in Portugal have been critical of the way the fund is capitalised with several bankers suggesting that the burden should not fall on the Portuguese banking community and tax payers alone but rather all operators making financial transactions on Portuguese clients regardless of wether they are based in Berlin, France, Spain or Portugal. 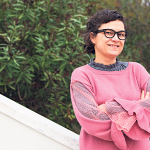 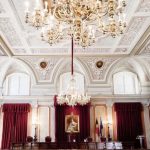 Courts could allow TAP cash injection if ‘public interest’ provedAviation, News
This website uses cookies for a better browsing experience, in continuing browsing you're accepting their use. Read More