Brussels has stated this week that Portugal’s economy will be the hardest hit of the 27 EU Member States by the end of this year with a 10% forecast drop in GDP.

The prediction is more pessimistic and alarming than Government figures which had pointed to a fall of around 6.9% in GDP.
If correct, it means that Portugal will suffer the effects of a greater economic recession than it faced between 2011-2014 during the Great Recession and sovereign debt crisis. Then the economy fell 1.5% in 2011 and 3.2% at the height of the recession in 2013.
The Brussels forecast has been revised downward by three percent, but said on Tuesday that the Portuguese economy would recover around 6% in 2021.
For next year, the Portuguese Government’s own predictions puts GDP recovery at 4.3% or lower than Brussels’ forecast.
As to the forecast for the second quarter of the year, it is estimated that economic performance may have fallen “at a much sharper rate” at around 14% on the first quarter, “reflecting dramatic contractions for most economic indicators,” states the European Commission, pointing to the tourism sector being most affected.
“With confinement beginning to be relaxed in May, economic activity is slowly recovering, but for many companies, namely airlines and hotels, economic activity will remain below pre-pandemic levels for a long period of time,” stresses the European Commission in the report.
In the specific part of the report referring to Portugal, Brussels points out that Portugal’s economy is “still inclined towards negative growth because of the huge impact (of Covid-19) on overseas tourism where medium-term uncertainties remain significant.”
The outlook has been made worse by the United Kingdom’s decision to exclude Portugal from the list of tourist destinations which the British government has authorised to visit without its citizens being required to go into a 14-day quarantine period on their return. 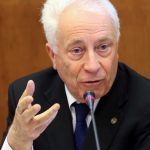 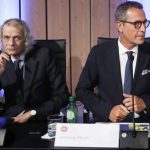 EDP bosses suspended from postsCompanies, News
This website uses cookies for a better browsing experience, in continuing browsing you're accepting their use. Read More