The Governor of the Bank of Portugal, Carlos Costa, will quit his post ending a 10-year term of office at Portugal’s central bank today.

On the same day, the ex-minister of Finance, Mário Centeno, who is to succeed him will be quizzed by parliament.
“Carlos Costa will officially leave his post as Governor of the Bank of Portugal tomorrow (June 8)” states an official source at the bank to online news source Dinheiro Vivo.
Costa leaves 10 years after taking the helm at the central bank for his first term in the summer of 2010, and shortly before Portugal’s financial sustainability collapsed over the sovereign debt crisis from April 2011.
However, he has already stated a willingness to stay on until his successor can officially take up his new role as governor.
Today, Mário Centeno will appear before the parliamentary Budget and Finance Commission when MPs will hear his future plans for the management of Portugal’s central bank.
Centeno’s appointment has been enmeshed in controversy because he quit his position as finance minister early in order to be in time to apply for the soon-to-be-vacant post of governor of the Bank of Portugal.
His appointment also raised concerns as to whether he could maintain an independent stance as financial supervisor having just been a member of the current ruling government.
However, Prime Minister António Costa has backed him, waiving aside suggestions from minor political parties of a minimum five year cooling off period between leaving government office and taking up a senior appointment at the Bank of Portugal.
After the hearing, a report will be made and then the Council of Ministers can formally appoint Mário Centeno as the new governor of the Bank of Portugal. 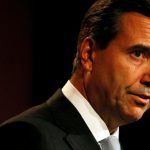 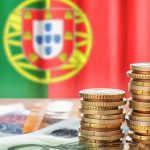 Brussels: Portugal’s economy to tank 10% in 2020Economy, News
This website uses cookies for a better browsing experience, in continuing browsing you're accepting their use. Read More