Millennium bcp has suffered losses of €109 million because of the Covid-19 pandemic, putting a dent in profits of 55%.

The bank led by Miguel Maya suffered losses of €108.8 million for the bank which saw profits for the first half of €76 million.
The entire banking sector in Portugal has had to put aside money for a rainy day in terms of credit lending to cover the economic contraction because of the Covid-19 crisis, which has resulted in the partial closure of many factories and services.
“It has been a truly extraordinary quarter and uncharted territory for us. It was a quarter that was marked by the slowdown, by the lockdown, by social distancing and all this has had significant implications on the banking industry,” said the bank’s CEO who presented the bank’s results this week.
The bank’s financial margin rose 2.6% to €759.1 million even though banking product has reduced by 4.6% to €1.07Bn. Revenue from bank charges in Portugal fell 1.3% to €232.4 million.
Maya said he was “Greatly worried by legal initiatives that we don’t understand” which was reducing the competitiveness of Portuguese banks,” referring to parliament’s decision to change bank charge policies.
Client credit rose by 3.2% to €53.72 million, while Millennium was responsible for a 38% share in the distribution of credit lines, which compares to the share awarded of the bank’s company and private clients which was less than 20%.
Bank deposits increased by 5% to €83.2Bn at a time when more Portuguese were beefing up their savings in the bank.
Regarding the quality of the credit, an indicator which will gain relevance in the coming months because of the impact of the pandemic in terms of loan defaults, BCP saw its ratio of non-productive loans (non-performing exposure) fall 9.1% in June 2019 from 9.1% in June 2019 to 7% by the end of June 2020.
On the other hand, with an increase in impairments, the cost of risk has deteriorated during this period, going from 74 base points to 85 base points, a trend which has been seen throughout the sector.
Regarding capital ratios, despite a slight fall in CET1 ratios, the fully implemented total rose 14.7% in June 2019 to 15.5% at the end of June.
“We have a 2.2 percentage point room for manoeuvre regarding regulation requirements and is an indicator of (our) resilience to face the current context of the pandemic,” said Miguel Maya. 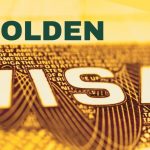 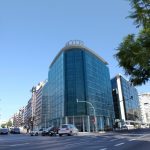 Work begins on Meliã LisboaHotel, News, Tourism
This website uses cookies for a better browsing experience, in continuing browsing you're accepting their use. Read More