Millennium bcp account holders who have €10,000 or more in their accounts will now have to pay an account maintenance charge.

According to the bank’s website, Millennium bcp, managed by Miguel Maya, will introduce the new bank charge from November meaning that most of the bank’s customers will now pay some form of maintenance charges.
From November 1 when the charges come on line, customers who have Millennium Start, Conta U (aimed a young people and students); Conta Millennium, Conta Herança Indivisa and Conta Standard with deposit amounts over €10,000 will now have to pay monthly charges of €5.41 which means by the end of the year account holders will be forking out €64.9.
This change in bank fees comes 18 months after BCP had announced that it has reviewed its exemption conditions for accounts, from €5,000 to €10,000. At that time it put up banking charges for customers whose accounts held lower amounts.
It now essentially means that a customer who has an account in Millennium bcp is paying the bank for the privilege of having their money in the bank and for the basic services involved.
However, despite the changes, some customers will not have to pay account maintenance charges. Namely, those who are under 23 years of age and who are the primary holders of the account.
Neither those customers whose salaries or pensions are paid into the bank and/or have a minimal monthly expenditure using a debit or credit card for shopping.
Another way of reducing the cost of maintenance charges is by opening an ‘accounts package’ (contas pacote) which in return for paying a fixed monthly amount gives access to a range of services for a fixed charge.
The changes in bank account maintenance service charges follows bank charge hikes by competitor banks in the face of historically low interest rates and is proving the only way for banks to remain profitable.
The current landscape for banks has been made even more challenging since March when the Government stepped in and demanded that the banks make provisions against the effects of the Covid-19 pandemic. At the start of the year, before the pandemic, both Caixa Geral de Depósitos and Novo Banco raised their bank charges. 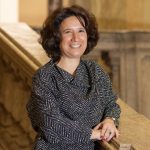 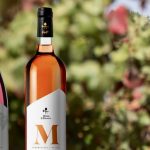