House prices in the historic center of Lisbon increased 2,9% in the first half of 2020 compared to the previous semester, according to the Price Index of the Historic Center of Lisbon published by Confidencial Imobiliário on Thursday 27 August.

This increase is contrary to last year’s data, when there was a practically zero semiannual variation in the first semester, followed by a 3,8% decrease in the second semester of 2019, placing, for the first time in five years, the evolution of negative territory prices in this territory.
This data refer to the behaviour of real estate transaction prices in the historic center of the city, comprising the parishes of Santa Maria Maior, Misericórdia and São Vicente.
According to Confidencial Imobiliário, in a long-term perspective, prices in the historic center “remain in negative territory, with a year-on-year change of -1,1% in the first half of 2020,” which shows an improvement compared to the previous semester, when this indicator was at -3,4%, showing a decrease in the year-on-year appreciation that has been maintained since 2015 at quite expressive levels that reached over 20% on several occasions.
“Notwithstanding this more recent drop, the previous cycle of strong appreciation has led prices in the Historic Center to record an accumulated increase of 140% compared to 2008,” says Confidencial Imobiliário. 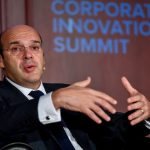 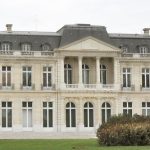