Portugal’s new investment bank Banco de Fomento will only be able to lend to companies that can prove that they cannot access funds in any other way.

It forms one of a number of regulations or checks and balances to limit competition from private banks and lending institutions and which will be valid until 2025.
Companies seeking finance from the future Banco Português de Fomento (BPF), which the Government aims to have up and running by October, will have to prove that they are unable to obtain finance from other sources. The rule has been imposed by the European Commission and is in the Charter for the Authorisation of a Financial Institution which is in the public domain.
The European authorisation signed by the Commissioner for Competition Margrethe Vestager, which is valid until 2025 and obliges companies that are applying for credit from the BFP to prove that they were unsuccessful in getting sufficient funds for projects, proving that they made a capital call to investors or applied for loans from at least two financial entities that were declined.
The rules apply for market operations, including the purchase of share capital, with the Commission permitting the entry of SME capital and capital for companies with less than 500 staff, providing the capital is invested in companies that have a strong leaning towards Research and Development (R&D).
The criterion is that the R&D must represent 15% of operational costs in one of three years before the first investment in the project that is looking for finance for renewable energy sectors and environmental protection.
The bank may also inject capital into other innovative medium-size companies providing investment in research represents 10% of operational costs over three years.
The constitution of the BFP, expected to be operational within two months, will result from the merger of PME Investimentos (SME Investments), the Sociedade Portuguesa de Garantia Mútua and (Portuguese Mutual Guarantee Company) and the Instituição Financeira de Desenvolvimento (Institution for Financial Development) as well as integrating the funds Portugal Growth Capital Initiative and Portugal Tech.
The bank will have an initial startup capital of €255 million and will also have an assets balance of €950 million.
As to its share structure, the Portuguese Agency for Competitiveness and Innovation (IAPMEI) will represent the largest share in BFP (47%) with other two entities falling under the Ministry of Economy umbrella – Turismo de Portugal and AICEP (Portuguese Agency for Internationalisation and Overseas Investment) each with 8.08% and 4% of the capital respectively. The Directorate-General of the Treasury and Finances (Direção-Geral do Tesouro e Finanças) will keep the remaining 40.92%. 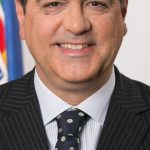 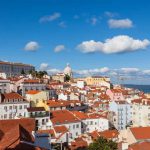 Lisbon property prices up nearly 3% in 2020News, Property, Real Estate
This website uses cookies for a better browsing experience, in continuing browsing you're accepting their use. Read More