Ibersol, owner of fast-food chain brands like KFC, saw €33,4 million in losses in the first half of 2020, a figure that compares with a net result of €600,000 euros recorded in the same period in 2019, was announced this week.

“The consolidated net result at the end of the first half reached €–33.4 million, which compares to that recorded in 2019 of €0.6 million,” reads a company statement sent to the Stock Market Securities Commission (CMVM).
In the communiqué, the company states that the confinement period, which ran until mid-May, a period in which 73% of the group’s restaurants remained closed, “Severely penalised the results for the first half of 2020, and it was not possible, in this period, to adjust cost items”.
Reduced sales, inevitably led to an increase in the impact of fixed cost items, leading to a consequent loss in profitability.
In the first six months of the year, Ibersol’s turnover fell 39,6%, compared to the same period in 2019, to €133.6 million. 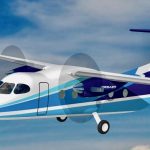