In a study of 38 European banks, the global credit ratings agency DBRS Morningstar has concluded that the Portuguese state-owned bank Caixa Geral de Depósitos enjoyed the greatest fall in credit defaults this year.

Nevertheless, with the end of the moratoria in repayments and interest rates on bank loans in sight, more banks are likely to have to deal with bad loans.
And the rating agency also warns that the overall level of non-performing loans in Portugal’s national banks are among the highest in Europe.
According to DBRS Morningstar, the level of NPLs did fall 11% in Portugal in the first nine months of the year, being the country with the greatest fall in credit defaults in Europe.
Even so, “We noted that whilst the fall in NPLs had been more pronounced in our sample of banks in Portugal, and to a lesser extent in Italy and Spain, these countries continue to have high levels of NPLs and are among those that have the greatest levels of NPLs from among the European banks.”
And there is a further warning which goes for the entire sector: levels of credit default are “artificially” low and are likely to rise as soon as the grace periods on loans come to an end on 30 September 2021.
The national banks have already called for measures to shore up companies and the Portuguese president has therefore opened the door for an extension of the measure.
“We expect a deterioration in the quality of European bank assets in the fourth quarter of 2021 as soon as the moratoria end. We also expect that company credit defaults will increase as European countries continue to suffer the economic consequences of the pandemic crisis,” states DBRS. 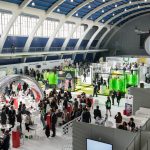 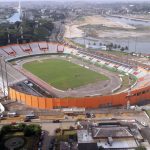