The  UK Government has launched a Europe-wide awareness campaign to help prepare  European citizens  for  the implementation of the UK’s new Immigration System from 1 January 2021, and the launch of new routes on 1 December 2020.

Free movement between the EU and the UK will end at 11pm on 31 December, Portuguese nationals  — and other EU citizens — will no longer have the automatic right to live in the UK.
A new points-based immigration system will be introduced that treats people from all parts of the world equally, prioritising skills and talent over where a person comes from.
Portuguese nationals who do not already live in the UK, or have rights under the Withdrawal Agreement, will need to meet specific requirements and apply for a visa through the new immigration system, in order to study or work in the UK.
The campaign, which has been translated to cater for all nationalities, is set to run across various channels throughout November and into December, with a second phase planned for early 2021.
It encourages Portuguese citizens to visit the UK Government website where further information about how they can apply to work or study in the UK is available.
Under the new rules, EU citizens will be able to continue to visit the UK without applying for a visa and in most cases, will be able to stay for up to 6 months. The changes will not impact the rights of those who have been granted status through the EU Settlement Scheme.
The awareness campaign will direct people to information about the changes on the UK Government’s website, which has been translated into Portuguese and 23 other different languages.
Portuguese looking to move to the UK after 31 December 2020 should visit http://www.gov.uk/MudarseparaoReinoUnido

The number of British citizens registered as residents in Portugal has grown 111% since 2016 – the year that the UK held its Brexit referendum reports the Algarve Resident.
As the clock ticks and the UK’s departure from the European Union draws ever closer, that number is expected to only increase.
Diário de Notícias reports that there are currently around 40,000 British nationals who officially reside in Portugal. According to the British Embassy in Lisbon, the number is believed to be even higher than the official records show.
Between January and October this year, nearly 6,500 residents permits were granted to British citizens, who have been rushing to get their affairs into order before the UK officially leaves the European Union in 2021.
While the number of Brits officially living in Portugal has grown compared to last year, when there were nearly 35,000, the increase is most noticeable when compared to 2016, when there were 19,384 Brits officially registered as residents in Portugal.
David Thomas, from Safe Communities Portugal told DN that the number of requests for assistance the association has received from British nationals seeking to move here has skyrocketed despite the pandemic.
Meanwhile SEF and the British Embassy in Lisbon are promoting an information campaign to remind UK nationals who are arriving in Portugal, or plan to by the end of the year, to register for residence if they have not already done so.
“UK nationals who live in Portugal and who intend to remain here after the end of the year, as well as those who by 31 December, 2020 arrive in Portugal with the intention to reside, should register with their local Town Hall (Câmara Municipal) to get their certificate of Registration,” says a joint statement by the two entities.
“Registration should be made so that UK nationals can demonstrate their rights are protected under the Withdrawal Agreement between the European Union and the United Kingdom. This includes the right to work, access healthcare, education, and benefits, after the end of the transition period on December 31, 2020,” they add.
“Any residence documents already held by 31 December, 2020 will continue to be accepted after the end of the transition period,” says the statement.
Speaking to DN, the British Embassy admitted that Portuguese bureaucracy is one of the reasons that it is so committed to making sure British nationals handle the necessary paperwork before the deadline.
“We know that there can be some delays in Portuguese scheduling services and problems accessing services due to the pandemic,” the embassy said. 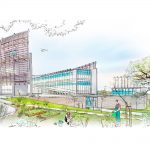 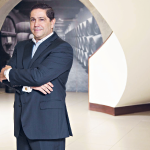 Mário Ferreira advances with TVI take-over bidCompanies, News
This website uses cookies for a better browsing experience, in continuing browsing you're accepting their use. Read More