This year has been a year “like no other” said the Irish Ambassador to Portugal, Ralph Victory at the last meeting of the Irish-Portuguese Business Network (IPBN) on Thursday 17 December.

While admitting it was “dangerous” to make predictions for 2020 he remarked “who knows what further twists lie ahead” in a “year that was unlike no other”.
Ambassador Victory said that the negative impact of the coronavirus pandemic “has hit every EU country” not least Ireland, which at the start of 2020 had been enjoying a 5.6% GDP growth, balanced public finances and low unemployment.
Then in 2020 Ireland suffered a 10.9% fall in GDP, public budget balance deterioration of -6.8% of GDP, gross public debt jumping from 57.4 as a percentage of GDP in 2019 to a projected 66.0 for 2021, with a projected GDP growth of just 2.9% for the same year.
In fact, this year during the ‘lockdown’ phase, Ireland saw a catastrophic fall in GDP of 6.1% with a “disproportionate effect” on the Irish economy with unemployment soaring to 29% by April and an additional €9Bn added onto the public finances debt in an 8.8% deterioration.
There are some silver linings, however, with the Irish economy showing “signs of a tentative recovery” and the contraction of the economy being “less serious than anticipated” with a 11% recovery in exports in Q3, particular in Pharma, and a 19% increase in domestic demand so that GDP will end 2020 at -2.4% and an unemployment rate of 16%, and 11% for 2021.
Ambassador Victory pointed to the massive €1.8Trn EU budget package to help the recovery and rebuild the economies in the EU which he called a “great achievement” for recovery plans and wished Portugal’s presidency of the EU for the first six months of 2021 “all the very best”.
At a wider international level, on 1 January Ireland will become a non-permanent member of the UN security council in which it will have a pivotal role in building peace, ensuring accountability and working towards conflict avoidance.
Ambassador Victory also touched on the €1Trn plan to transform the EU into a low-carbon economy by 2030 in what has been described by the European Commission president Ursula Von Der Leyen as Europe’s “man on the moon moment.” The European Green Deal (EGD) is a trillion euro programme which aims to transform the EU-27 into a low-carbon economy within a decade and into the world’s first carbon-neutral economic bloc by 2050.

In terms of public health, the ambassador said it had been “safe for our children to return back to school” by September this year, and that public health measures has worked well so that “we now have the lowest level of Covid infections in the EU”.
Concerning travel, the Irish ambassador said that Ireland had adopted the EU traffic light system with countries divided into red, amber and green regions and explained that passengers may be able to claim exemption if they take a PCR test five days prior to arrival in Ireland with specific exemptions for essential business and family reasons providing they have supporting documents.
Ambassador Victory also pointed to the vaccines rollout from early January onwards with open access and free mass vaccination programs, with priority given to the elderly, vulnerable and health workers, and also spoke of the EU’s success in terms of vaccine distribution.

From 1 January, 2021, customs procedures for Irish companies trading to, from or through the UK (excluding Northern Ireland) will become a reality. Unfortunately, a high number of companies are not prepared for this change according to Enterprise Ireland.
Despite the uncertainty over Brexit, there was one positive in that there would not be a hard border by land or sea between the United Kingdom and Ireland in an agreement that would also protect the integrity of EU’s customs border and the legacy of the Good Friday Agreement.
“All these arrangements need to be made formal and we hope this will inject some positive momentum. The negotiations remain ongoing with both sides committed to ‘going the extra mile’” said the ambassador, adding that Brexit readiness had been ongoing for several years and that €340 million had been set aside for Brexit-related issued as part of the Irish budget.

Desmond Green, owner of Green Technology Ltd said that with Brexit there was a clear opportunity for students in international schools in Portugal – who normally look to attending universities in the UK – to now consider thinking about Ireland as a place to complete their further education. “Up until now they have not seen Ireland as a destination for tertiary level education. They have a cultural disposition to the look to the UK and not Ireland, but we now have an opportunity in technical, regional and third level education, and could look at ways of exploring and promoting that.”
Aisling Riorden, Marketing Manager, GLOBAL SHARES, Winner of the 2020 IPBN Business Success Award whose company opened a second office in Portugal, said Portugal was an “interesting template” for the business. “We work really well with Portuguese developers and our teams are growing. There is something in the Portuguese educational outlook that works really well in Ireland and our relationship with Portugal continues to be of a very strategic importance.”
Aofie Healy, Chair of the IPBN agreed saying, “We need to keep an eye on the education sector. Irish universities are very active in creating online courses now, we need to promote this and continue to build stronger links with Portuguese universities,” while Victoria Winter, Director of Institutional Relations at Nova SBE business school suggested being “open to new projects with companies in terms of research and consulting”.
Ralph Victory recalled a “great event” with the Dean of Nova SBE, Daniel Traça which discussed the great potential in developing links between Irish and Portuguese universities in the biosciences and technology fields, which is something that could be further explored during Portugal’s presidency of the EU, particularly the Horizon project which will examine and strengthen links between businesses and research institutions.
Aofie Healy also said that the Irish-Portuguese Business Network have “an exciting year planned” for 2021, but stressed that events would continue to be held online until the health situation became clearer.

According to Enterprise Ireland there had been a 11% increase on imports into Portugal from Ireland in 2019.
Serviced from the Enterprise Ireland Madrid office in Spain, under manager Alberto Cisterna Viladrich, there is a plan from both this and the IPBN to “reset and reboot the Portugal-Ireland relationship”.
“Sectors responded well, with a huge 40% increase on products and services to do with life sciences, growth in Fintech and Digital technology sectors, record attendance at meetings and huge client interest in trade between the two countries. “Client companies are interested in expanding and diversifying the market. The agro business sector had a great season in the first six months in both Portugal and Spain in terms of farm machinery sales,” said Cisterna Viladrich.
2020 saw the introduction of a new ferry service between the Port of Leixões in the north of Portugal and Dublin with links to the Port of Liverpool which Enterprise Ireland says will help “create better connectivity between Portugal and Ireland”.
Minister for European Affairs, Thomas Byrne T.D. had already visited the Dublin Port to see the new direct ferry linking Ireland and Portugal and to see the infrastructure and systems that have been put in place to facilitate trade at the end of the Transition Period.
This sailing, which links Dublin with Leixões near Porto, is one of a number of new direct services that are in place, with more to come on line next year.
Minister Byrne said at the time that, “enormous work” had been done at Dublin Port to prepare for the end of the Transition Period and how impressed he was at the scale of the new infrastructure including a large number of inspection bays for SPS and food safety checks, parking for some 130 heavy good vehicles along with documentary and identity check facilities, driver facilities and staff accommodation. I also had the opportunity to visit the new live-animal Border Control Post and pet facility. The enormity of the work cannot be overstated.
“There is no doubt there will be very significant changes to the way trade operates between the Great Britain and Ireland when the Transition Period ends on 31 December. There will be new procedures and paperwork that are not needed today. This change will cause disruption. The Government is doing all it can to minimise this disruption as much as possible and to ensure trade can flow through the Port to the greatest extent possible while maintaining food safety and public health and Ireland’s obligations to the Single Market.”
Ralph Victory called the new roll-on-roll-off ferry service a “fantastic development” creating a new route to Iberia in case of any future possible hard border in the Irish Sea.
There was also news about a new online platform serving the Irish diaspora overseas in countries like Portugal at www.tobeirish.ie 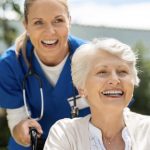 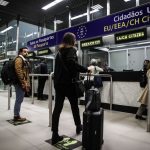 Government limits entry of UK passengersAviation, News
This website uses cookies for a better browsing experience, in continuing browsing you're accepting their use. Read More