The Portuguese government has decreed restrictions in Portugal on the entry of passengers on flights from the United Kingdom.

Only Portuguese citizens or persons legally resident in Portugal are now permitted entry into the country.
The restriction, announced by the ministries of Internal Administration and Health, will come into effect at midnight tonight (Monday 21 December) and was decreed following the development of the pandemic in the United Kingdom where a new and more contagious strain of Covid-19 is doing the rounds.
On arrival in Portugal, passengers that fit these entry categories must present negative SARS-Cov-2 test results. According to both ministries, if passengers do not have the proof of a negative test, citizens will be “channelled to the competent authorities” to “carry out the test within the airport under the supervision of health professionals qualified to do so,” and will “remain in isolation”.
The circulation in Portugal of this new variant of the virus detected in the United Kingdom has not been confirmed say the ministries which cite data from the Dr. Ricardo Jorge National Health Institute which already have samples taken from the month of November and from the second wave.
The restriction measure on the entry of passengers from the United Kingdom “will be updated according to how the situation develops” says the communiqués from the ministries.
Portugal has joined a growing list of countries to ban travel from the UK or introduce restrictions on passengers entering their territories from the UK.
Both Denmark and Norway were among the latest countries to announce new measures. The Netherlands has banned flights with passengers from the UK until 1 January while Denmark has suspended all flights from Britain for 48 hours as of this morning.
Belgium has banned flights and rail travel from the UK for 24 hours with an update expected on Tuesday.
Italy has banned air passengers from the UK until 6 January and also anyone who has transited through the UK in the previous 14 days. Residents of Italy will still be able to depart Britain to return home.
Austria has banned flights, but the duration is not clear, while Germany is banning flights for an unspecified duration. Spain has said it will ban flights if there is no joint EU response to the threat posed by the new virus strain which is 70% more contagious and has a much higher viral load than previous strains. 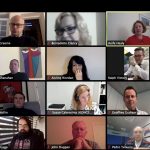 2020 – a year like no otherBrexit, Business, Diplomacy, News, Opinion 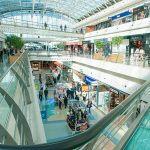 Shopping centres may sue State over “unconstitutional” lawNews, Retail
This website uses cookies for a better browsing experience, in continuing browsing you're accepting their use. Read More