The former CEO of Saudi Arabian Airlines, Jaan Albrecht Binderberger is one of the top names tipped to lead Portugal’s troubled airline TAP.

He is on the short-list of names selected by the head hunting consultants Korn Ferry. The list was handed to the Government at the end of last year according to Jornal Económico.
“Albrecht Binderberger is on the short-list of names selected by Korn Ferry which was delivered to the Government and which will choose the new CEO,” a source close to the process revealed to the business daily.
It is important because despite other names being on the short-list, only this name has been revealed which suggests Binderberger is the front-runner.
When quizzed by the newspaper if the German airline executive had been selected and if so, when he would take up the post, the Portuguese Ministry of Infrastructure & Housing which overall oversees the public airline, did not respond.
With a career spanning 40 years in the aviation industry, the German executive ran the Saudi airline from 2017 until 2020.
He is currently an independent consultant for the company owned by Ibrahim Koshy. Furthermore, the manager and former pilot has already occupied various management posts at Mexicana de Aviación for 10 years and was also the CEO of Star Alliance. 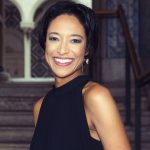 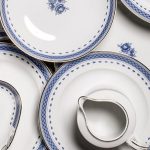 Vista Alegre 8.1% sales downturn in 2020Companies, News
This website uses cookies for a better browsing experience, in continuing browsing you're accepting their use. Read More