Bank of Portugal in Bitcoin warning

The Bank of Portugal has issued a warning over Bitcoin and other cryptocurrencies as Bitcoin, the most famous of these currencies in the world, reached new historic highs and then plummeted 15%.

The Portuguese central bank and banking sector supervisor said the virtual currency suffered from “extreme oscillations”.
In a communiqué issued on Thursday, the central bank pointed out the risks associated with the digital assets and emphasised that its role regarding the supervision of the entities that are linked to these cryptocurrencies is “limited to capital laundering and financing of terrorism”.
The BoP stresses that these assets, which include Bitcoin, “possess no legal framework” in Portugal as a currency (Portuguese interest in these cryptocurrencies has trebled in just two years), since its acceptance as a form of payment is not mandatory and is not covered by a central bank guarantee as the euro currency is.
It follows a stark warning given by the European Central Bank (ECB) on the involvement of Big Tech firms in cryptocurrency projects, cautioning that such moves could jeopardise privacy, create further risks to competition and even “endanger monetary sovereignty”.
The warning comes as the ECB continues to mull over plans to introduce a digital euro, which it hopes could mitigate some of the risks posed by private firms establishing their own digital currencies.
For its part, Facebook has had to postpone the launch of its ‘Diem’ currency, after a series of concerns were raised by regulators. In Europe, one of the biggest opponents so far has been France’s Finance Minister Bruno Le Maire, who has said that the move could lead to financial risks.
The regulator warns that there is no protection for those who make payments for these instruments, and that the transaction could be used for the wrong reasons, both in terms of fraud and criminal activities.
The warning has arisen after Bitcoin recently achieved a new historic maximum above €47,000 and then rapidly fell back to €37,000, dragging behind it company share values which had contributed towards the valuation of the cryptocurrency this year, such as Tesla. 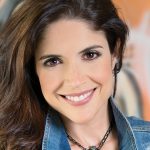 Rock in Rio – the music festival that joins generations to brandsEntertainment, Events, In Focus, News 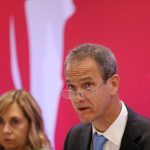 Millennium bcp profits €183 million for 2020Banks, News
This website uses cookies for a better browsing experience, in continuing browsing you're accepting their use. Read More