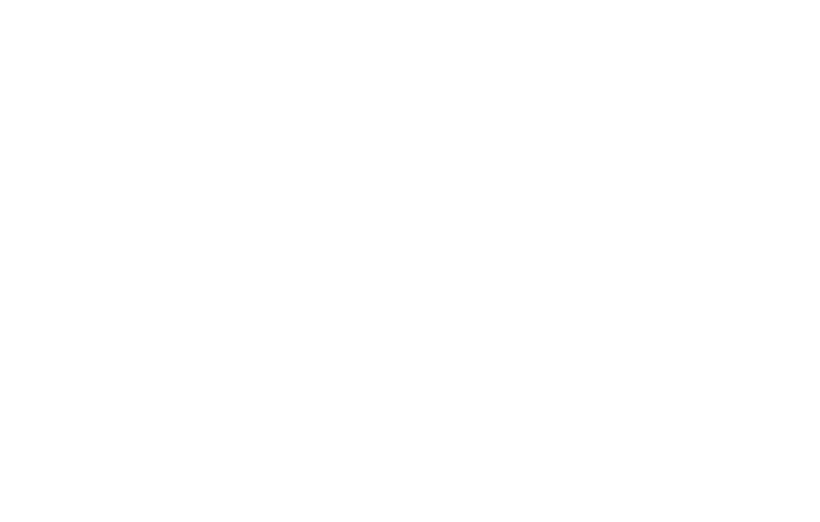 Rock in Rio – the music festival that joins generations to brands

By Essential Business
Posted 26 Fevereiro, 2021
In Entertainment, Events, In Focus, News
Rock in Rio – the music festival that joins generations to brands2021-02-262021-02-26https://www.essential-business.pt/wp-content/uploads/2018/04/essential_newlogo.pngEssential Businesshttps://www.essential-business.pt/wp-content/uploads/2021/02/robertamedina.jpg200px200px
0
0

Rock in Rio is today probably one of the most famous rock-pop festivals in the world. When the average person thinks of music festivals, only four instantly spring to mind. One, Woodstock, happened in the late 1960s; two others – Coachella Valley in the US and Glastonbury in the UK – are also household names. Then, there is Rock-in-Rio, which because of its international reach, is bigger than any other in the western hemisphere.

This feat is mainly because of the festival’s recurring nature. The music festival may have originated in Rio de Janeiro, Brazil, but later branched into other cities such as Lisbon, Madrid and Las Vegas.
Eight editions of the festival have been held in Rio de Janeiro (1985, 1991, 2001, 2011, 2013, 2015, 2017 and 2019), eight in Lisbon (2004, 2006, 2008, 2010, 2012, 2014, 2016 and 2018), three in Madrid (2008, 2010 and 2012) and one in Las Vegas, in 2015.
Although Brazilian entrepreneur and advertiser Roberto Medina was responsible for the inception and organisation of the festival, as well as moving the 2004 edition to Lisbon, while controversially keeping the brand ‘Rock in Rio’, today his daughter Roberta Medina has taken on the responsibility of organising the festivals which in 2011 returned to its original location in Rio de Janeiro where the story all began.
Rock in Rio drew in 1.5 million people at its first event, 700,000 attending the second and fourth editions, about 1.2 million attending the third festival, and about 350,000 people attending each of the first three Lisbon festivals and has grown ever since says Roberta Medina who addressed members of the Harvard Club of Portugal and American Club of Lisbon on Thursday evening in a LiveTalk.

It started in Brazil in 1985, but the birth of the concept was beset with teething problems with disagreements with the Rio de Janeiro City Council at the time which dismantled the City of Rock over public control concerns.
This led to the second edition being held in the city’s Maracanã Stadium in 1991, which went against the event’s philosophy of not just being about concerts, but a complete family experience in which people spend time together and have fun.
Roberta Medina says that Rock-in-Rio is different from traditional rock festivals which have a lack of infrastructure, are mainly for young people aged 18-30 and focused on rock or alternative music. Instead it has an audience which ranges from15-50 and even younger.
“With Rock-in-Rio you’ll find MBB, Samba, Pop, Rock and Roll, Heavy Metal because we understood that we wanted to reach a large amount of people,” says the entrepreneur whose maternal ancestors hailed from Porto.
“The main motivation to promote Rio de Janeiro abroad was to give voice to a whole generation that was looking for freedom after the military regime. The idea was that it was possible to join different people in peace and harmony, and music was the instrument to bring people together,” she explains.
“When thinking about Rock in Rio, we don’t just think about putting on great concerts, but providing a special moment for a big audience of all age groups. That has as much to do with the kind of lineup we provide, as the best sound quality, world-class infrastructures in terms of dressing rooms, rest rooms, lounges, restaurants, food service (without the long queues), not to mention a high investment in scenography, which all translates into conjuring a different world,” says Roberta Medina.
“You don’t see another festival where you can see families going to experience it together with a mainstream lineup that reaches so many people,” she adds.
And this family and friendly atmosphere fosters a generally peaceful festival. In Brazil’s rock city which has seven days of events, attracting 100,000 people, and running from 2pm-4am, it works almost perfectly, there are no fights.
“If it is possible to bring people from different backgrounds and beliefs together, in harmony in Rio, then it is possible anywhere. It’s not for music, it’s with music,” Medina stresses.

The Rock in Rio organisers work a year in advance to communicate and market their events. “We understood that a big brand will not invest US$20 million in one edition to reach their market audience for 10 days.
“We realised that we would have to turn Rock in Rio into a communication campaign for the brands where they could talk about Rock-in-Rio while communicating their brands, in the same way that brands need to communicate at Christmas or Easter,” explains Medina.
So, the organisers came up with a one-year communication plan, generating news and being a communication platform where the sponsorship brands could advertise their brands.
In Brazil the event attracts over 80 brands to the venue while in Portugal there are around 40 brands involved.
“We focused on our communications campaigns and giving voice to our brands because that is the only way, in the countries in which we operate, we can invest much more than in a traditional festival, so we have constructed the festival with the brands,” she says.

A money-spinner for the host city

Roberta Medina admits that from an organisational point of view, Lisbon tends to work better than Rio, although the last edition in Brazil generated an impressive US$180 million (1Bn Reais). When Rock-in-Rio arrives in a country, the first step is to get city hall on board and the support of all the public entities for the 10-day private event which has a hue economic impact on the city involved.
And while the event is private, and involves no public funds, that cooperation with the municipal authorities in terms of licensing a venue, the police and emergency services and traffic control is vital. “We cannot move 100,000 people to a venue and stop the normal flow of the city and become a problem,” she stresses, emphasising that everything has to work like clockwork, and this means a high level of pre-planning and organisation.
“At every edition the organisation works with around 50 public service entities in order to guarantee that everything works perfectly when the event is taking place,” says Roberta Medina.
In Portugal, while exact numbers are difficult to ascertain, each edition brings in around €70 million. “Lisbon doesn’t have to invest any money, we make it happen. There’s no public funding involved. In addition to the visibility the city gets, we also bring in thousands of music tourists,” she points out.
For example, in Brazil, every edition employs 20-25,000 people, while in Portugal that number is around 8,000-10,000 people who are working directly or indirectly on the event before, during and immediately afterwards.
Roberta Medina says the event has a huge impact in terms of tourism and the local economy. Entertainment and culture, she stresses, are things that moves people to come to a country. In Rio, 60% of those who buy tickets for Rock-in-Rio come from other Brazilian federal states.
“In Lisbon, we have around 20,000 people that come from abroad to the festival, while 15% come from Porto and the North, which has a financial impact on hotels, restaurants and public transport,” she says.

Media Partners are vital for both the success of the event and the brands in order to get a wide audience reach.
At the last event in Brazil in 2019, the return from the media coverage and involvement in the festival was around 2.2Bn Reais. In Portugal there is around €40 million in spontaneous media returns, while Rock in Rio invests €38 million in media to advertise the event over the year.
“Of course, we sell tickets, but we are serving as a platform for our sponsors to communicate. Everything we say, the images we use, all of this communication has an impact on the final result of the event.”
Medina says that TV is still a very important platform. In Portugal, the broadcasting rights to transmit the event live are awarded to the youth-orientated entertainments channel SIC Radical. In fact, on those days the festival ran, SIC Radical netted the highest audience figures in Portugal.
At the last edition in 2019, the festival attracted 280,000 people over four days in Lisbon, but 5.8 million viewers in Portugal who followed the event live on TV, radio and social media which is why the organisers sees every relevant communication channel as a partner together with the brands which invest in those media channels.
“We identify the platforms and look at the kind of audience they have, and the people who identify with it. We study the platform’s reach and see if it will fit with our audiences,” says Medina.
Roberta Medina stresses that Rock-in-Rio doesn’t choose the sponsors, rather it goes to the market and the sponsors choose the event. “Usually they choose us because they see that the Rock-in-Rio brand has the same, or similar values and qualities to their brands, and which can reinforce their brand products.”
“The brands want to be close to young people, they want to show them are innovative and creative, so we had brands that decided to be with Rock in Rio because they wanted to position themselves at the same level as the big brands,” continues Medina.
Millennium bcp was the main sponsor for five editions of the festival in Portugal. The bank used the festival as a vehicle to bring five sub-brands together for the first time to launch the Millennium brand. The event was a big success for the bank proving that Rock in Rio is an effective platform for brands to reach their consumers.

One of the Rock in Rio (Lisbon and Madrid) team members who has had the longest association with the festival is Ricardo Mexia, who has been advising the organisers on public health issues since 2006.
Mexia, who is a doctor specialising in public health at the Department of Epidemiology at the prestigious Ricardo Jorge Institute says that they try to ensure that if there is any health demand “we provide it for the organisation, both in terms of the audience and the acts”.
“I also work in other mass gatherings as well, and Rock in Rio is easily the most well-organised event of its kind, and it’s been challenging to do things differently in other cities that host he festival like Madrid, Las Vegas and Rio where requirements and regulations may differ,” he says, adding that trying to make everything go as planned is an interesting task.
Roberta Medina stresses that from an organisational point of view the slogan is ‘Plan, Plan and Plan’ and that means having Plan A, Plan B and other backup plans to suit almost all eventualities if all else fails.
“Crowds are not predictable, we have to know how to deal with many different situations and be creative so if something happens that is different to what we had imagined, happens, we are ready to act,” she says.
“We can’t dress rehearse the actual event with crowds. We have to be ready and prepared when the doors open to meet any eventuality, concludes Roberta Medina. 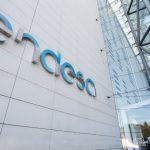 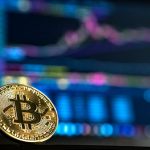 Bank of Portugal in Bitcoin warningBanks, Cryptocurrencies, Money, News
This website uses cookies for a better browsing experience, in continuing browsing you're accepting their use. Read More