A leading Portuguese economist who managed Novo Banco at the time it was set up in 2014, says that the new bank project was crippled from the start by an underfund of €3.6Bn.

Vítor Bento, the ex-president of Novo Banco’s administrative board, is currently being heard at a public inquiry into mismanagement and ‘flash’ asset sales at the bank and its predecessor, Banco Espírito Santo, which collapsed that year.
Vítor Bento said that he and his team immediately realised that the new bank was undercapitalised by an estimated €3.6Bn.
“The capital injected (into Novo Banco) was rather skin deep and this was bad for the bank’s rating,” said Bento on Tuesday when quizzed by CDS MP Cecília Meireles, and added “the team realised that it was not enough”.
The Parliamentary Commission into Eventual losses at Novo Banco and met by the Resolution Fund will hear around 80 depositions.
Novo Banco received a €4.9Bn capitalisation in 2014, after a resolution to windup Banco Espírito Santo was made. However, Bento told the commission that needed over €3.6Bn more to meet all the risks and comply with capital ratios required by the ECB.
When asked why the capital was insufficient, he replied, “What increased our concerns that the capital was insufficient was that the provisional balance amounts had been calculated based on the accounts for 30 July. But that very same month saw a marked fall in value of its share in Portugal Telecom of over €100 million,” he said.
Moreover, Bento said that there had also been the “impact of indirect exposure,” such as commercial bonds which had “not been duly clarified.”
Furthermore, the Bank of Portugal had suggested an additional buffer of €500,000 when the recapitalisation of Novo Banco was being calculated and which would have upped the initial amount to €5.5Bn, as had been confirmed by Luís Costa Ferreira, the central bank’s supervisor at the hearing two weeks ago. That money never materialised.
The lack of capital was also referred to by João Moreira Rato, former CFO of Novo Banco who was part of the team led by Vítor Bento.
“That warning over under-capitalisation was addressed to the Bank of Portugal which failed to respond,” said Moreira Rato. 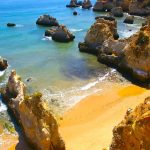 Holidays to Portugal for Brits out until MayNews, Tourism 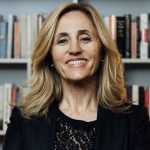