The US equity fund Lone Star, which owns a controlling share in Portugal’s Novo Banco, has sold an Algarve marina and resort project to the British fund Arrow Capital.

Lone Star has sold ‘Project Vilamoura’ which detains 100% of the capital share of Vilamoura World to Arrow and a group of investors led by João Brion Sanches (including Filipe de Botton and Alexandre Relvas), for around €100 million according to online news source Eco.
‘Project Vilamoura’ includes the share capital of the two companies: Vilamoura World (100%) and Inframoura (49%)), a municipal company that manages the public works of Vilamoura, and 21 plots of land with building potential and the marina.
The project also includes Cidade Lacustre, a project of Potential National Interest. An environmental impact study was turned down in May last year by Loulé Town Council and rejected by the Commission for the Coordination and Regional Development of the Algarve in November. The project has not been adapted since then.
According to a communiqué from Lone Star, the operation was supported by Norfin (held by Arrow Capital) on the side of the investors. The fund manager will also provide consultancy services in the future management of the Vilamoura project.
João Brion Sanches will be the new CEO of Vilamoura and the group of national investors that he heads will manage the resort.
Quoted by newspaper Expresso, João Brion Sanches said, “No one is really the owner of Vilamoura. This group of investors intends to be the guardian of this asset, giving it direction and taking care of it for the next generations.”
“We have a medium to long term vision for the region which is developing a sustainable and quality product so that it can be seen as the best destination in the Algarve to live, invest and spend holidays, both for nationals and foreigners”.
Lone Star bought the assets in 2015 in a competitive tender. At the end of 2017 it put it on the market, but the operation was only completed last week, €80 million below the initial asking price according to Eco.
In future and according to the current masterplans, Vilamoura could eventually have around 3,658 housing units and 566,374m2 of construction. 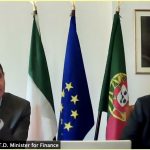 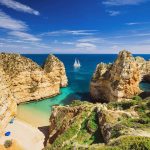 Algarve offers cheapest holidaysNews, Tourism
This website uses cookies for a better browsing experience, in continuing browsing you're accepting their use. Read More