The Portuguese finance minister João Leão has called on the Portuguese parliament to stop over dramatising the amount of money paid into the Resolution Fund to keep the bank’s capitalisation ratios in line with ECB regulations.

The finance minister said on 2 June that the Portuguese Parliament’s decision to vote against a cash injection into the Resolution Fund for the bank as part of the State Budget for 2021 was causing jitters among the ratings agencies and international financial authorities.
Opposition left wing parties and the centre-right PSD claimed it was the government which had “forced a drama” that had never really existed, and the fact it (the government) didn’t really need a Rectified Budget only went to prove it.
“The drama was quite significant,” said João Leão at a parliamentary inquiry hearing on 2 June into the way the bank has been managed since it was set up in 2014.
The issue revolves around an incident in parliament when a motion put forward by the left-wing Bloco Esquerda to block a €476 million cash transfer from the Resolution Fund to Novo Banco so that it could meet its obligations in 2021, was approved by a majority.
At the time the government said it could be unconstitutional and said that the parliament was calling into question the contracts signed with Lone Star in 2017.
“There was a need at the time for the government to put the European Commission’s mind at rest and particularly the European Central Bank. There was a need to reassure a number of entities such as the ratings agencies,” João Leão said, adding that only recently he was asked by the agencies of he was not “putting the Lone Star contract in jeopardy.”
João Leão said that from the very beginning the government had acted to “avoid this stress” and ensure that the contracts were fulfilled.
The opposition countered that this was a “fantasy” and that the government was perfect capable of complying with the contracts.
“What we are contesting here today is this fact and that there was no drama whatsoever. They ridiculed you politically, showing somewhat disrespect as an institution,” said one PS MP Hugo Carneiro, adding “there is and never was any drama.”
Mariana Mortágua, a Bloco Esquerda (Left Bloc) MP said there were two alternatives for what had happened: “Either this drama was false and done for political gain and strike back at a Parliament which voted against the government which it didn’t like, or there was in fact a drama and the government hasn’t got the power to make the transfer.”
Yet even without parliament’s authorisation, the government was able to allow the Resolution Fund to get the €475 million in financing that Novo Banco needed from a group of seven banks in order to capitalise Novo Banco on the back of the Contingent Capital Mechanism agreed with Lone Star for around €429 million.
“It is our understanding that there is no regulation in the State Budget that prevents us from doing so (lending the money to Novo Banco)” said João Leão adding that therefore no rectification was needed.
On the contrary, the minister said that by intervening in the way it had, the government has avoided an even greater drama that could have put Portugal’s financial stability at risk. 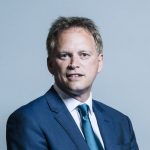 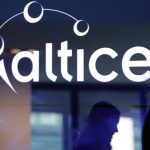 Altice Portugal price tag is €6.5BnCompanies, News, Regulators and Supervisors, Telecoms
This website uses cookies for a better browsing experience, in continuing browsing you're accepting their use. Read More