Altice Portugal is to press ahead with the forced collective redundancy of 300 employees after failing to reach all of the objectives outlined in its amicable severance package.

The company which owns the brand MEO says that it still has hopes to reach an amicable agreement with those staff affected.
“It is a difficult decision, but is absolutely necessary given the current very adverse context that the electronic telecommunications sector is going through now,” argues Alexandre Fonseca, CEO of Altice Portugal in a round-robin e-letter sent out to staff.
In the same letter, Altice also states that it is considering an across-the-board pay rise in the company which would be included in the Collective Work Agreement. The salary increases would come on line from 2022.
“A decision has been taken to move forward with a unilateral employment contract collective severance process. This measure involves 300 staff and will begin shortly by Human Resources. The staff involved will be offered very advantageous redundancy packages compared to those provisions set out law,” states Alexandre Fonseca adding that the choice of such an exit mechanism is the “only means that can guarantee staff access to social cover, meaning unemployment benefit” in the letter sent out via e-mail to around 12,500 staff.
This year the company moved forward with the second phase of its People Program (Program Pessoas) with the goal of the departure of 2,000 staff. However, of the 1,700 staff who signed up for the program, only 1,100 were accepted.
At the end of May the company admitted that it would press ahead with unilateral severances and will now move forward with a collective redundancy of 300 employees.
“The strategy adopted and management implemented in recent years regarding Human Resources controls costs and presence in the market, allowing us to significantly reduce the need to carry out a much larger and extensive reorganisation.
“For this reason this decision has a much lesser impact and reach than estimates had initially shown when the Integrated Reorganisation Plan was drawn up and announced publicly,” says Alexandre Fonseca. 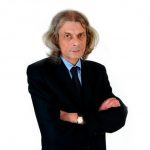 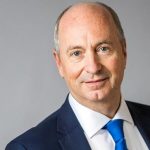 Galp CEO buys shares in the companyCompanies, Energy, News
This website uses cookies for a better browsing experience, in continuing browsing you're accepting their use. Read More