The Portuguese businessman, investor and speculator who amassed the world-famous modern art collection ‘The Berardo Collection’ housed in Lisbon, has been arrested by police on fraud charges.

The impresario and his lawyer André Luís Gomes are suspected of gross mismanagement, qualified fraud, tax evasion and money laundering.
The Portuguese investigative police have been investigating matters related to loans provided by the State bank Caixa Geral de Depósitos.
Around 50 searches have been conducted by the Portuguese Judicial Police fraud squad at 20 domicile addresses, 25 premises, three banks and a law firm.
The two arrest warrants were issued for the legal suspects by the Portuguese criminal investigation department DCIAP.
The two suspects who have been held in a prison annexe by the Judicial Police headquarters in Lisbon will appear before Portugal’s so-called ‘super judge’ Carlos Alexandre (given the nickname for daring to get tough on corruption) today in what will be their first legal interrogation.
The details of bail will then be given after the questioning.
Investigations and searches have taken place in various points around the county including the capital Lisbon, Funchal on the Island of Madeira (the tycoon is from Madeira) and Sesimbra.
The investigation is dealing with matters relating to loans granted by CGD and other connected facts linked to possible gross mismanagement, qualified fraud, tax evasion, money laundering and possible crimes committed whilst carrying out public activities.
If found guilty, the colourful and maverick tycoon could face a jail sentence of anywhere between five and 12 years.
The police operation is investigating an economic group which between 2006 and 2009 contracted four loans from CGD worth around €439 million. This group defaulted on the loans and then later is alleged to have defaulted on loan restructuring contracts.
In 2019 a public inquiry into losses at CGD was widely viewed as a point of no return in the relationship between Berardo and the three main banks in Portugal with which he had business dealings and owes money. These other two banks are BCP and Novo Banco. In total €1Bn is owed. 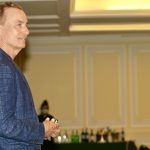 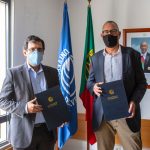 University of the Algarve signs protocol with IPBNChambers of Commerce, News, R&D
This website uses cookies for a better browsing experience, in continuing browsing you're accepting their use. Read More