University of the Algarve signs protocol with IPBN

As part of its goal to consolidate relationships with further education institutions, the Ireland Portugal Business Network (IPBN) has signed a protocol with the University of Algarve in Faro (UAlg).

The protocol will promote initiatives that foster cooperation in areas of common interest. These include research areas which the UAlg is currently conducting in connection with the 2030 Agenda for Sustainable Development, knowledge transfer, provision of services, projects around the Algarve Tech and Innovation Hub with the UAlg TEC Campus and UAlg TEC Health,
The protocol will also involve curricular and professional internships. At the signing were Hugo Barros, Board Member of the Algarve STP (Systems & Technology Partnerships), Andre Botelheiro, Chief of Staff to the Rector, and Arnold Delville, General Manager of the IPBN, who represented the IPBN Algarve Committee.
The IPBN has been developing various relationships with Portuguese universities over the last year to assist graduate and Masters’ program students in both Ireland and Portugal in finding jobs and trainee programs between the two countries.
The University of Algarve, which supports and hosts the Algarve Tech Hub, is one of these institutions with which the IPBN is working to explore the potential opportunities for young tech talent to find a place beyond borders. The protocol, signed on 16 June with Paulo Aguas, the Rector of the University is intended to further these efforts.
The IPBN intends to use its network to assist with the development of The University of the Algarve’s new TEC Campus, aimed at stimulating and expanding the technological ecosystem of the region on both a national and international level through the information technology arena, for one.
The efforts of this TEC Campus are intended to affect positive economic and societal change from the moment construction will be completed. “When the work is finished, nothing will be as before, particularly Campus life,” said Aguas.
The IPBN, as a partner organisation with the university through this new protocol, hopes to help by using its network to target companies in Ireland which are looking to recruit new tech talent on the ground in the Algarve by putting them one step closer to the classroom through the TEC Campus, which, through the University, is looking to encourage businesses to claim a vacant space within the campus to help develop student skills from the ground up.
The partnership should encourage new creative endeavours between students and these institutions, providing on-site training from the perspective of a future employer.
According to the UAlg’s website, Aguas commented, “More than 300 people [may be allowed] to work on the Algarve TEC Campus, the overwhelming majority of whom, if not all, with higher education…The interaction, which must be established with companies, whether in educational projects or in research projects…will contribute to the creation of wealth, to the increase of qualified employment, to the diversification of the region’s business network, to pedagogical innovation, and knowledge creation.”
Aguas’ approach is in line with the priorities of the IPBN.
In a recent chat on whether the Algarve could be the next big tech hub in Portugal, Hugo Barros of the Algarve STP, told the IPBN that big tech hubs are indeed expanding their reach to the region. The European Union, in fact, is already in the second phase of opening innovation hubs in the Algarve in the areas of Tourism Services and Finance.
A 2030 tech projection made by the University of the Algarve shows that there is lots of room for new players to join the game. The areas of tourism, marine biology, and health are tagged as prime for A.I. growth, while health and culture are seen as the best arenas to grow virtually.
In blockchain, there is a need for health and agricultural projects and even more so in the energy field as tourism begins to bounce back from the hit it took from COVID-19.
There will be plenty of opportunities to work this year with the UAlg at the TEC Campus, the Algarve Innovation Week planned at the University later this year, and further projects. 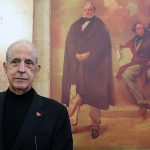 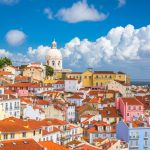 Rents rise 5.5% but fall in Lisbon and PortoNews, Real Estate, Rental market
This website uses cookies for a better browsing experience, in continuing browsing you're accepting their use. Read More