Prepare for the growth of the century!

Portugal’s Minister of Finance, João Leão said this week that Portugal was prepared for its “biggest period of growth this century”.

Speaking on Tuesday, João Leão said that Portugal’s economy should grow over 4%. After an Ecofin meeting of EU finance ministers in Brussels in which the Portuguese Recovery and Resilience Programme was approved by the other finance ministers, Leão emphasised the positive signs coming from the Portuguese economy and the good outlook for 2022. “It’s going to be the greatest period of growth of the century” he said referring to growth that would be fuelled by EU ‘bazooka’ borrowing.
“We are convinced that we can grow above 4%” said the minister, repeating an expectation he had made a few weeks ago, even before the Delta variant of Covid-19 had pushed up ‘R’ numbers resulting in the imposition of some measures of confinement.
“We predict that next year Portugal will grow more than the European Union,” he added, saying that the combined growth for 2021-2022 should be 9% meaning the “greatest growth of this century,” i.e. for the past 20 years.
Commenting on the economic indicators for this year, the minister of Finance argued that the “internal market has stood up remarkably well” and noted “family consumer spending was growing positively, back at pre-pandemic levels”.
As to investment, particularly construction, the signs were also positive “with consumption of cement up 20% on pre-pandemic levels”. Exports too were growing, he said.
However, Leão admitted that tourism was having a tougher time and growing slower but said that it was seeing, nevertheless, a “gradual recovery”.
João Leão also mentioned that the first period of monitoring for the Portuguese RRP is slated for this year and said that the first payout of EU monies after an evaluation would arrive.
The timing of this cash payout would be in line with payments for the other EU Member-States.
Meanwhile, Portugal is preparing to receive its tranche of pre-financing from the programme worth around €2Bn which, having now been approved, should arrive within the coming two or three weeks. 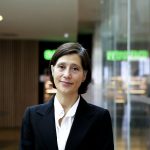 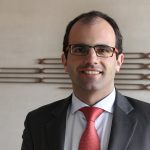