Portugal has purchased $1.1Bn of treasury bonds issued in US dollars in 2014 which were due to mature in 2024 and were in ‘circulation’ on the market.

According to the Portuguese treasury and public debt agency (IGCP) and Bloomberg, the €US1.2Bn (around €948 million at today’s exchange rate) of the bond series ‘PORTUGAL 5.126% 15Oct2024 USD’ which were bought at 114.05%.
On Monday, the IGCP – headed by Cristina Casalinho –  announced the operation in a communiqué, emphasising that it would buy some (not all) of the bond issue from 2014.
“The total target amount to be bought has not been pre-set, but will not cover the entire issue,” states the IGCP, adding that the buyback will be done through a “fixed-price auction”. 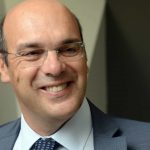 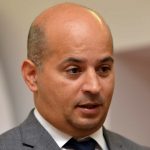 Prepare for the growth of the century!EU Bazooka, Finance, News
This website uses cookies for a better browsing experience, in continuing browsing you're accepting their use. Read More