The International ratings agency Standard & Poor has warned this week that Portugal’s airline is running the risk of running out of cash with which to operate its flights.

But while the agency is concerned at the airline’s cashflow situation, it believes there is a moderate to high probability that the government will step in with the funds to keep the airline flying, which has been undergoing savage staff cuts and a major restructuring at the insistence of the European Union.
“The Portuguese national air transporter TAP SGPS has been undermined by the delay in the recovery of air passenger traffic and runs the risk in the short term of a lack of liquidity”, states S&P Global ratings in a statement released on Wednesday.
The ratings agency estimates that the company had around €550 million in its cashbox on 30 June (it had €534.6 million at the end of 2020), but given that the operational cashflow is expected to be “profoundly negative” this could be insufficient to cover its total liquidity needs over the coming 12 months.
S&P estimates that the €1.2Bn injected into the company in 2020 – which resulted in a complaint from Ryanair to the European Union General Court – was again approved by the EU Commission in July but will have been all used up by the end of June.
In May, the airline also received a further €462 million approved by Brussels on the back of a compensation package related to losses as a result of Covid-19 and which will also be extended beyond the initial period of March to June, 2020.
The agency stresses that the Portuguese Government has not yet received the approval of the European Commission for additional public financial aid for TAP, but continues to see “a moderately high probability that the Portuguese Government will be given the green light to proceed with an extraordinary cash lifeline to TAP should that — and it almost certainly looks like it will — be necessary.
Meanwhile the baggage handling company Groundforce which is responsible for contracts with TAP now has enough revenue to enable the troubled company to pay its salaries and operational costs.
Groundforce, whose controlling share had been owned by removals and logistics mogul Alfredo Casimiro is currently being propped up by TAP and is technically insolvent. A case is going through the insolvency courts. The company is seeking a buyer with several interested parties said to be in negotiations for its control. 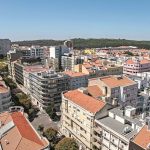 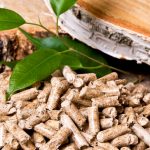