There has been a lot of snobbery and scoffing about the sport padel over the years, particularly from elite tennis quarters who think that the game is some kind of hybrid poorer cousin for people who don’t have what it takes to play serious tennis.

But the fact is that padel (not to be confused with American Paddle Tennis) has been gaining in popularity over the past decade — even though it has been around since 1969 – with 250 clubs in Portugal, some 550 padel courts and 140,000 players of which 40% are women.
And reflecting the game’s growing statute and importance, the best equipped and most modern padel courts in Portugal, indeed anywhere in Europe, were officially unveiled in Portugal’s technology, research and business hub town of Oeiras on Thursday – Oeiras Padel Academy.
The academy was opened by Oeiras Mayor, Isaltino Morais who whilst admitting he’d never played padel let alone tennis since he suffered a nasty elbow injury years ago, praised the facilities as one of the best sporting venues he had ever seen in the borough.
The opening of the Oeiras Padel Academy is timely — it is coinciding with and indeed hosting the APT Padel Tour Circuit’s Oeiras Open which ends on Sunday and will have run between 6-12 September. And it was a great opportunity to see some of best Portuguese padel players in the world fight it out.
The APT Tour was set up in 2020 by the Monaco property tycoon Fabrice Pastor who is president of the Continental American Padel Federation (CAPF) and, alongside the sponsors, is the main financial backer of the tour.
No stranger to ambitious projects, he built the 20m2 high-tech covered sports stadium in Rosario, Argentina for padel, beach tennis, beach volleyball, basketball, squash, football and hockey last year.
The aim the tour is to improve the level of competition and statute of the sport which it is hoped will be recognised by the International Olympic Committee within the next few years.
The APT Padel Tour, which is managed by Pastor’s Monte Carlo International Sports, had to suspend the first tournaments in Mérida and Acapulco (Mexico) because of Covid-19, but this year, thanks to an agreement reached with the Federation of European Padel (FEPA), the APT Padel Tour was extended to include Europe, and Portugal in this case – and more specifically Oeiras whose brand new premises was the stage where the Portuguese secured the latest places in a round of 16 for the Oeiras Open.
The Portuguese fans who gathered at the Oeiras Padel Academy on Wednesday, the day before yesterday’s official opening, went full throttle, qualifying for the second round with their best players: Diogo Rocha, Vasco Paschoal, João Magalhães, Afonso Fazandeiro, Peu Araújo and brothers Miguel and Nuno Deus, who achieved a victory on the fast track 7/5 6/1 against fellow nationals Plinio Ferrão and Diogo Mota.
On the actual inauguration morning of the Oeiras Padel Academy, the competitors for the Oeiras Round of 16 matches were warming up as the three partners involved in the project showed the mayor around the new premises to meet fans, players, but also some of the local children and junior aspiring padel players.
It was four year ago that the project partners began discussions with Oeiras Municipal Council to set up the academy on the grounds of a rundown former football pitch, to create innovative and state-of-the-art facilities to satisfy a growing demand for the sport in the Greater Lisbon Metropolitan Area. The result is the best padel facilities in Portugal to date.
The partners in the project are Miguel Ladeira Santos, CEO of the nearby International Sharing School at Tagus Park in Oeiras, hotelier Daniel Booth (Sales Executive Pestana Hotel Group) and padel sportsman Hugo Condenso.
The Oeiras Padel Academy features eight panoramic courts with professional playing surfaces required to attract international competitions, including a main court with colourful grandstands on either side to see the big final matches, a reception area with a padel sports equipment shop and a café with an open-air esplanade area. The total investment and list of investors and their shares has not been made public.
“In September last year we were planning and structuring the investment, in January building works began, between January and April we built the eight courts and created these facilities which are unique in Portugal, and we’ve managed to attract one of the best international padel tours — the APT whose Oeiras Open is playing at the academy until Sunday – which will give a lot of visibility to our academy and to the municipality too,” said Miguel Santos.
By the end of September the academy will also begin works on covered courts, increasing the number of courts to 12 and creating parking space, while stepping up investment and improving conditions with a longer-term ambition to expand the number of courts in other places in the municipality and elsewhere.
Oeiras Mayor, Isaltino Morais, recognised the growing importance of the sport, its fan base and players and congratulated the commitment of the investors in a project that once again put Oeiras on the map in terms of “extraordinary projects”. “I knew it was the best facility for padel in Portugal but I never would have guessed that it would have been so good.”
Former international Swedish tennis champion and coach Thomas Johansson who reached the summit of his career as the ATP World Nº7 singles ranking in May 2002 and is the last Swedish man to win a major in singles, is now the General Director of APT Padel and was also at the inauguration.
Johansson said the APT Tour’s goal is to make the sport grow world-wide and give opportunities for more people. He said while it was easier to learn than tennis at beginner and intermediate levels, playing championship padel was every bit as challenging and exciting as tennis. The ex- tennis pro also stressed just how social and inclusive padel can be compared to tennis which can have a more elitist aura about it.
“I started my relationship with padel six years ago and I immediately loved it. It is one of the fastest growing games in the world and with the tour we want it to continue to develop and evolve.” 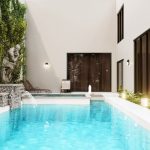 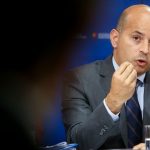 Government to allocate €3Bn of RRP in 2022EU, EU Bazooka, News
This website uses cookies for a better browsing experience, in continuing browsing you're accepting their use. Read More