Portugal’s public debt and treasury agency, the IGCP, will be buying back bonds which mature in 2022 and 2024 and selling bonds that will be paid out from 2028, today.

Moreover, it has also succeeded in postponing paying out €514 million in matured bonds after the ratings agency Moody’s decided to increase Portugal’s rating on Friday last week.
According to Reuters, the IGCP repurchased bonds with a maturity date of 17 October 2022 worth €330 million with interest at 2.2% and another bond issue worth €184 million with a maturity date of 15 February 15 2024 with interest of 5.6%.
On the other hand, it has postponed selling a bond issue that matures on the 17 October, 2028 with interest at 2.125% and another that matures on 18 April 2034 and offers interest at 2.25%.
In other words the agency that manages Portugal’s debt (public and government debt currently stands at €254Bn or 134% of GDP. it was 117.7% of GDP in 2019. It actually fell in July this year by €2.9Bn), is repurchasing bonds which were to mature in 2022 and 2024 and is selling bonds that will be paid out from 2028.
The IGCP undertook an exchange of treasury bonds on 25 August.
By opting to exchange the debt for longer maturity dates means that the treasury can soften repayments between
2022 and 2024 in addition to making savings because of lower interest rates.
It means that the amount paid out in 2022 will be less than the €9Bn currently expected as will the €12Bn payout expected on matured bonds in 2024
The Bank of Portugal through a graph showing the development of Portugal’s public debt since July 2016 demonstrated that the absolute amount of public debt registered in June 2021 is the highest since then having exceeded the €270Bn mark seen in December 2020. 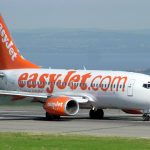 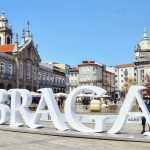 Foreigner demand for houses in Portugal falls 11%Estate agencies, News, Real Estate
This website uses cookies for a better browsing experience, in continuing browsing you're accepting their use. Read More