The number of companies that filed for bankruptcy in Portugal between January and August this year fell 12% on the same six-month period in 2020.

Between January and August the number of registered insolvencies stood at 1,367, down 12% like-for-like on 2020 and even a fall of 7.2% on the same period in 2019 according to the Portuguese Association of Judicial Administrators (APAJ) and compiled by the consultants Turnwin.
Until the beginning of this year, Portugal was the second greatest increase in bankruptcies in the Eurozone with company bankruptcies up 40% in the third quarter of last year in comparison to the same period in 2019. In top place was Estonia with an increase of 83.5%
The countries that suffered the least number of bankruptcies were Lithuania (-60.9%) and France (-34.9%)
The President of the APAJ, Rui Giesteira said that the increase in the number of insolvency and company creations identified by Eurostat was down to a “greater activity at the courts after lockdown and stressed that the number of bankruptcies in Portugal in 2020 and 2021 was down relative to 2019”.
Rui Giesteira also said that the bank moratoria also alleviated the pressure on those companies which had debts since “companies and individuals had not been paying interest and/or capital on their loans”. 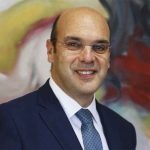 Government to up funding for tourismEconomy, News, Tourism 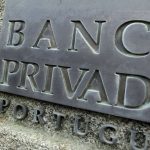 João Rendeiro sent down for 3 years for fraudBanks, Justice, News
This website uses cookies for a better browsing experience, in continuing browsing you're accepting their use. Read More