Deficit down to €4.6Bn to September

Portugal’s annual public deficit is down by €677 million in September to €4.6Bn according to numbers released by the Ministry of Finances in the run-up to the bulletin from the Directorate-General of the Budget.

It is a €677 million improvement on the same period in 2020. This is the “result of a growth in revenues (+6.9%) which had been greater than expenditure (+5.3%)” says the ministry in a communiqué.
Looking at the adjusted contributory tax revenue, this grew 5.1% “keeping pace with the recovery in economic activity associated with the lockdown”.
“Tax revenues grew 4.4% when adjusted to extraordinary effects such as deferments from instalment payment plans”, it states.
The 100% support of lay-off salaries in 2021 and the positive performance of the labour market led to a growth in Social Security contributions of 6.7%, adjusted according to tax payment instalment plans.
Regarding public expenditure, primary expenditure “increased 6.8%, reflecting the extraordinary measures in support of the economy and the strong growth dynamic in the National Health Service (SNS)” states the ministry led by Finance Minister João Leão.
Spending in the SNS increased as 6,000 extra staff were taken on (+4.8%), as well as the acquisition of goods and services (+10.7%). Moreover extraordinary subsidy payments for risk at work were paid during the pandemic.
As to support to families and companies, these exceeded the total expenditure in 2020 by 40% to €4.9Bn.
Among the measures for companies that stand out is the extraordinary support for the gradual return to normal activity which represented €502 million and the simplified lay-off regime (€367 million).
Also highlighted is an increase of 4.9% in public sector employee salaries “reflecting increased staff contract salaries adjusted in line with career progression, adding a significant 4.9% on teacher salaries and increased spending in the SNS”. 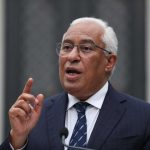 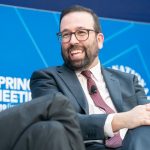