Volkswagen to invest €500M at Autoeuropa

Volkswagen is to invest just over €500 million at its car plant Autoeuropa in Palmela over the next five years.

The announcement was made by one of the German firm’s directors at a ceremony commemorating the 30th anniversary of the group’s factory.
“We intend to invest over €500 million over the next five years in product, equipment and infrastructure”, said Alexander Seitz after having highlighted the importance of the Autoeuropa plant for Volkswagen and Portugal.
“This plant and its team are ready to assist in the successful transformation of the car industry”, added Alexander Seitz, explaining that Volkswagen would realign its production with the aim of “taking the lead in sustainable mobility worldwide” through its programme Volkswagen Accelerate.
Volkswagen, through its plant Autoeuropa at Palmela, near Lisbon, is the largest overseas investor in Portugal and has one of the most modern car factories in Europe.
The factory site is on a 2 million square metre parcel of land of which 900,000m2 is covered by the plant itself and 1.1 million square metres dedicated to an industrial park. 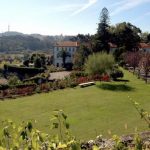 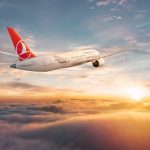