Invitation to investors: The metals needed for the energy transition exist in Angola

The transition to clean energy needed to avert the worst effects of climate change could trigger an unprecedented demand for metals in the coming decades, requiring up to 3 billion tonnes.

A typical electric vehicle battery, for example, needs about 8 kilograms of lithium, 35 kilograms of nickel, 20 kilograms of manganese and 14 kilograms of cobalt, while charging stations requires substantial amounts of copper.
For green energy, solar panels use large amounts of copper, silicon, silver and zinc, while wind turbines require iron ore, copper and aluminium.
Metal prices have already seen large increases as economies reopen, highlighting a critical need to investigate what could constrain production and delay supply responses.
Analyses of the current production of metals worldwide seem to indicate a gap of 30 to 40% of supply versus demand, meaning that it will be necessary to increase world production.
It is here that Angola may have a new economic opportunity by relaunching exploration, which is essentially dormant, for metals.
If we look at it, the country has an immense amount of metals. The first one is iron, which in the past was heavily exported. Significantly, from the second half of the 1950s to 1975, iron ore was extracted in the provinces of Malanje, Bié, Huambo and Huíla, and several million tons were produced.
The civil war naturally disrupted this activity and then the crash in world prices. But everything indicates that currently, the context is different and could be used by the Angolan authorities to promote more investments in ferrous mining.
In relation to the other key metals for energy transition, it should be noted that Angola has potential for manganese, copper, gold, lead, zinc, tungsten, tin, among others.
Cobalt also appears to be abundant in Angola. A recent study concluded that the copper and cobalt region of Zambia and the Democratic Republic of Congo extends into Angolan territory by at least 116,000 square kilometres. Apparently, the magnetic anomalies detected show favourable signs of prospecting metallic and non-metallic minerals such as iron, diamonds, copper, manganese, titanium, zinc, lead, bauxite and even radioactive minerals and phosphates.
These results imply an obvious conclusion. Angola is very well placed to take advantage of the exploration of metals necessary for the energy transition. Now investments must come. 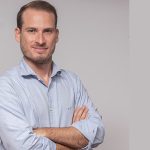 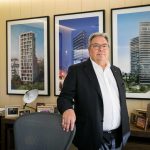 VAT at 6% a good start say developersConstruction, News
This website uses cookies for a better browsing experience, in continuing browsing you're accepting their use. Read More