The Arab sheik Mohamed Bin Issa Al Jaber who is the owner of JJW Hotels & Resorts which has hotels and golf courses in the Algarve, has invested €42 million in the holiday region.

His group has just restarted major refurbishments on the Dona Filipa Hotel and Formosa Park having earmarked around €10 million for the major facelifts expected in 2022, which the relaunch of the Penina Resort & Golf in Alvor, Portimão.
Works on refurbishing the hotels in the JJW Hotel & Resorts were temporarily halted because of the Covid-19 pandemic. This included works on the Dona Filipa Hotel in Vale do Lobo, Loulé, and the Formosa Park Apartment Hotel at Praia do Ancão, Loulé.
The company also says it has paid up on all outstanding staff salaries for its 340 employees, as well as debts owed to the Portuguese tax authorities totalling €5 million.
Of the total, €20 million has already been deployed; the last €10 million will be used to redecorate the Penina Resort & Golf which is considered the flagship of the group in Portugal.
“The refurbishment works at Penina include the construction of a new events pavilion, with plans to modernise the golf courses” a source told the newspaper Jornal de Negócios. 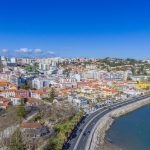 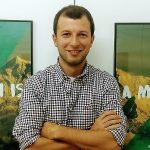