Angola’s foreign exchange policy has just undergone one of the most significant changes in recent times, in line with one of the main policies advocated by the Angolan government, which has pledged to improve the business environment.

The National Bank of Angola (BNA) updated investment rules for non-residents. Through Notice Nº. 11/2021, of 23 December, published in Diário da República, non-exchange residents are now able to invest in the stock exchange, and receive dividends from abroad.
This notice revokes Nº. 15/2019, of 30 December, on foreign investment and all regulations that contradict it. Thus, from now on, non-residents can invest in the country without having to open bank accounts.

Foreign exchange non-residents are considered to be all entities, including Angolans who reside abroad and invest in Angola.

a) Foreign investment in entities without shares admitted to trading on regulated markets;

b) Foreign investment in securities and derivative instruments;

c) Any disinvestment of the assets referred to in the preceding paragraphs; and

d) Income from investments referred to in subparagraphs a) and b) of article 1 of this Notice.

One of the main premises of the document advocates that foreign exchange non-residents may invest in public debt securities or derivative instruments traded on the Securities market, however subject to prior licensing by the Central Bank.
In addition, the amounts arising from a divestment, repayment of supplies or the distribution of profits, dividends or interest associated with the investments will be able to be transferred directly by the resident foreign exchange payer, namely the company, or the buyer or the intermediation agent, depending on the case, domiciled abroad or in Angola, depending on the investor’s indication.
In this way, we continue to witness the country’s commitment to improving the business environment, a process that is ongoing. 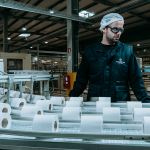 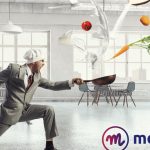 Portugal Ventures invested €13M in 70 companies in 2021Insurance, News, Start-Up
This website uses cookies for a better browsing experience, in continuing browsing you're accepting their use. Read More