A Brazilian group from São Paulo is to invest €1Bn in a ‘Silicon Valley’ for the north of Portugal.

The GCMP – Capital Management Group has chosen Vila Nova de Gaia, Porto and has already acquired almost 21 hectares of land to build an ecosystem similar to Silicon Valley.
According to Jornal de Negócios, Gaia Innovation City will be a tech hub with strong links to local universities and companies, and the project already has investors on board.
According to the newspaper, Gaia Innovation City will be built on land currently occupied by a camping park site, for €8 million.
All told, the project presented to Gaia Council involves an investment of around €700 million, but a source involved in the process revealed that the investment is likely to exceed €1Bn over the next five years. 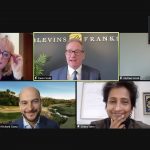 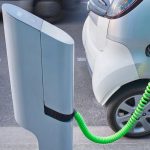 Galp hikes price to charge electric cars by 16%Energy, News
This website uses cookies for a better browsing experience, in continuing browsing you're accepting their use. Read More