What does Vladimir Putin want?

Russian President Vladimir Putin has made it quite clear what he wants in several documents based on speeches, even in an essay he himself has written and distributed to Russian forces currently massed on the Ukraine border.
Dr. Felipe Pathé Duarte outlined various theories, including a desire to rebuild a Russia sphere of influence in Eastern Europe (Ukraine and Belarus), and the other central Asian republics including Armenia and Georgia.
Putin has frequently regretted their loss, calling the disintegration of the Soviet Union as the “greatest tragedy of the 20th century”. Putin fears strategically important Ukraine assimilating into the West, objects to its wanting to join NATO and the EU. Putin is also a revisionist who sees Ukraine as an integral part of historical Russia, with its symbolic and religious connotations, and its loss as a symbol of Russian’s cold war defeat.
So what are Putin’s various options? Dr. Felipe Pathé Duarte, a researcher and professor at NOVA School fo Law, recalled a conference in 2007 in which Putin gave a speech admitting invading countries which border Russia.

Scenario 1: (Most Likely) Escalation of the Donbas conflict with hybrid and cyber warfare to avoid direct military intervention, changing political dynamics in Ukraine and its perspective of reality, and therefore its political outlook towards the Kremlin through mis-information and propaganda, and blocking Kiev’s decision-making process, coupled with red flag events. This is the most likely course of action, also involving an incursion or partial invasion.

Scenario 2 (Likely): Russia maintains tensions, but refrains from a military intervention amid negotiations and this is expected. Moscow will keep troops and equipment at the border, but the Russian invasion will not materialise but there will be a permanent ‘Damocles sword’ over Ukraine and pressure the West to make concessions.

Scenario 3: (Least likely): Russia reduces tension and pulls back the troops from the Ukraine border, Russia being satisfied with western concessions, and Kiev’s recommitment to the Mink Agreement. This would mean Georgia and Ukraine would not be admitted to the NATO alliance for decades. This would cause domestic instability for Ukraine because it has wanted to join NATO since 2014, and the Ukrainians would see it as a betrayal.

Scenario 4: The Wild Card: (Unknown): A new overt military invasion of the Ukraine because a political or diplomatic resolution is slipping away, and a fear that Ukraine will slide permanently into the western orbit, or because of the stagnation of the Mink Agreement, even finding a ‘Gavrilo Princip’ figure to provide ‘a smoking gun’ for Russia to occupy East Ukraine, or all of it.

“The western response would be sanctions affecting Russian sovereign debt and dollar transactions, and cripple the Russian economy. The price to pay for the all-out invasion is too expensive for Russia”, concluded Dr. Felipe Pathé Duarte. 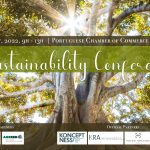 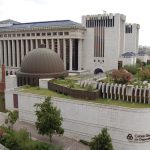 CGD could leave HQ in 2026-7Banks, News
This website uses cookies for a better browsing experience, in continuing browsing you're accepting their use. Read More