Abramovich may have tried to offload Quinta do Lago villa

By Essential Business
Posted 16 Maio, 2022
In News, Property
Abramovich may have tried to offload Quinta do Lago villa2022-05-162022-05-16https://www.essential-business.pt/wp-content/uploads/2018/04/essential_newlogo.pngEssential Businesshttps://www.essential-business.pt/wp-content/uploads/2022/05/roman-abramovich.jpg200px200px
0
0

Further evidence that Russian oligarchs knew of Vladimir Putin’s intentions to invade Ukraine before the military action occurred on 24 February emerged over the weekend.

Billionaire Roman Abramovich may have tried to sell his luxury villa at the exclusive Algarve Quinta do Lago resort to avoid sanctions 15 days before Russian troops crossed the border in its ‘special operation’ to ‘liberate the country from neo-nazis’.
The Portuguese authorities froze the property valued at €10 million following the sanctions applied to Russian oligarchs because of their links to the Kremlin regime.
“A property asset has been frozen at Quinta do Lago which is believed to belong to Roman Abramovich which is covered by the sanctions”, said the Portuguese Minister of Foreign Affairs, João Gomes Cravinho in Berlin as he walked into a NATO meeting.
“In this case we have a strong conviction, which is not a total confirmation, that this house belongs to Roman Abramovich and that it has been frozen, which means that it cannot be sold, mortgaged or rented for any type of financial gain by Abramovich”, said the minister in statements broadcast by CNN Portugal.
According to the newspaper Público, Abramovich tried to sell the property early in February but the operation was picked up by the State-owned bank Caixa Geral de Depósitos (CGD) because of an application for credit of €5 million.
The bank warned the Portuguese Judicial Police’s Financial Information Unit once they had found out that the selling entity was Millhouse Views LLC, a company held by an investment holding owned by Roman Abramovich.
However, a spokesperson for the former Chelsea FC owner told Reuters he did not own “any property in Portugal”. “Millhouse Views LLC is not connected to him. In fact we have never heard of this company”, said the spokesperson.
The bank has declined to comment.
According to Publico, the property is on plot 17 of Quinta do Lago’s San Lorenzo North area. A Reuters witness said there was a signboard outside the gated mansion saying it had been sold.
Abramovich has been sanctioned by the British government and the European Union over his links to Russian President Vladimir Putin. He has denied having such ties.
The billionaire was granted Portuguese citizenship in April 2021 based on a law offering naturalisation to descendants of Sephardic Jews who were expelled from the Iberian peninsula during the Mediaeval Inquisition.
There is little known history of Sephardic Jews in Russia, although it is known many Sephardi settled in South-Eastern Europe and before WWII the then Russian port city of Odessa had a huge community of jews.
The case led public prosecutors to launch an investigation and to the detention of a rabbi responsible for the certification that allowed Abramovich to obtain citizenship. 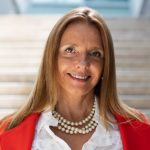 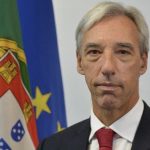 Portugal could “turn off the tap” to Russian gas tomorrowEnergy, News
This website uses cookies for a better browsing experience, in continuing browsing you're accepting their use. Read More