Final decision on airport in 2023

Portugal’s Prime Minister, António Costa says he is close to reaching an agreement with the main opposition party PSD on the ‘methodology’ to follow to select the location of Lisbon’s new international airport. A final decision will be made at the end of 2023.

“I believe that we will have the conditions, I would say, to make a decision. I have been in contact with the leader of the PSD and I don’t think we’re far apart on setting a methodology for an environmental impact study which is required for the different possible locations”, said the prime minister.
The prime minister made his comments in an interview with TVI/CNN Portugal. When asked about possible new locations, in addition to those already known (Montijo and Alcochete), the prime minister said he didn’t want to muddy the talks with PSD leader Luís Montenegro which had “run smoothly”.
“We will take a decision after a strategic environmental impact study”, he added. Costa stressed that since 2015 the Government had insisted that all public works should deserve the support of at least two-thirds of the parties represented in the Portuguese parliament”, given that these are works that have been needed for decades and will last for decades.
Costa said that one year would be taken to reach a final decision on a problem that had dragged on for more than 50 years and that it would be taken at the end of next year. 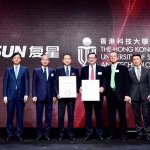 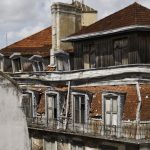